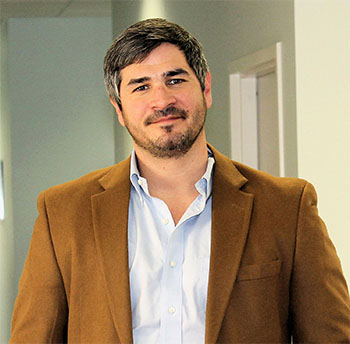 Henrico County-based law firm GreeneHurlocker has promoted Paul Allen to operations officer, Co-Managing Member Brian Greene announced Friday. Allen joined GreeneHurlocker in August 2016 as a paralegal and operations manager, having previously working as a paralegal both locally and nationally. He earned a bachelor’s degree from Hampden-Sydney College in political science and economics.  Founded in 2012,…

Virginia hotel operator Petersburg Regency LLC filed a $28 million claim in the LeClairRyan bankruptcy case Thursday in Richmond, according to the federal court filing. Petersburg Regency is seeking relief from an automatic stay in LeClairRyan’s handling of an insurance dispute from 2003’s Hurricane Isabel. An automatic stay ensures equality of distribution by preventing one…

A history of service

Jim Lang’s motivation for joining Pender & Coward after a 25-year career in the U.S. Navy remains as true today as it did when he interviewed with the law firm 14 years ago. “When I was in the Judge Advocate General’s Corps in the Navy, I could count on and trust another JAG to make things happen,…

Former LeClairRyan PLLC employee Marci Keatts settled her gender pay discrimination lawsuit against the defunct firm for an undisclosed amount, according to a Nov. 22 court order by Richmond U.S. District Judge Robert E. Payne. The Richmond-based firm, once the fifth-largest in the state, shut down in October under Chapter 7 dissolution after filing for…

McAuliffe will work for the law firm’s global privacy and cybersecurity think tank.

Davison M. Douglas will return to the school’s faculty.

Conversion to Chapter 7 is set for Oct. 4.