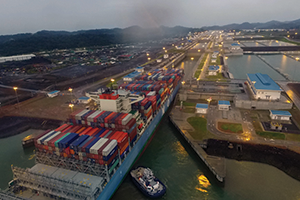 Panama Canal expansion could change the game for Port of Virginia

Letters to the Editor

The Richmond region is gaining a reputation as a logistics hub because of its position as a midpoint on the East Coast where three major interstate highways — I-95, I-85 and I-64 — converge.

A gift valued at $35 million from Richard and Carolyn Barry will be used to create the 24,000-square-foot museum at Old Dominion University.

The Vista Links golf course has failed to live up to expectations.

Improvement of city schools is a major issue in campaign

Nissan uses VIR as a testing ground for its autos

The new Western Front Hotel being developed in St. Paul is a symbol of the transformation taking place in the Southwest Virginia town.

Neustar to split its operations into two companies

Neustar to split its operations into two companies

Lynchburg-based Southern Air this year is marking its 70th anniversary with the appointment of a new president, Paul Denham.

For the second straight term, the U.S. Supreme Court plans to examine how the Virginia General Assembly drew the state’s election district maps after the 2010 U.S. Census. 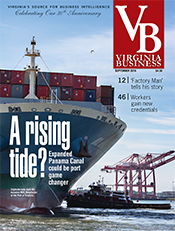