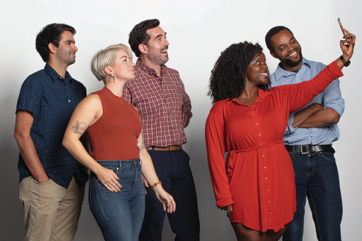 Millennials include everyone born between 1981 and 1996, which, at 73 million, surpassed the aging baby boomers this year as our largest living generation.

The Pamunkey tribe has high hopes for its planned Norfolk casino

Inside View: Nowhere are millennials needed more than in small-town America.

After changing its commercial flight provider in April 2018 to Utah-based SkyWest, the airport saw its passenger numbers climb immediately.

Although the state announced an additional $50 million in funding for improved access, a solution has yet to be found.

Northern Neck set for its first multiscreen movie theater in 2020

Compass Entertainment Complex will be built on seven acres of a 22-acre wooded lot between the towns of Kilmarnock and Irvington.

Cybersecurity is a top concern for Virginia’s CPAs

Initially focused on rural areas, U.Va.’s telehealth program has expanded to wherever there is a shortage of specialists.

New kids on the block(chain)

Are cryptocurrencies the future of finance?

This volatile new financial sector has been a roller coaster journey of high hopes, altered plans and sobering realizations.

The oldest members of Generation Z will turn 22 this year, putting them firmly in the traditional college-age bracket.

Emergent Ventures is a step toward making “moonshots a reality,” Tyler Cowen, faculty director of the Mercatus Center, said when the program was announced in July 2018.

The place for placemaking

Local leaders realized that they needed to get serious about diversifying their economy, and the result has been an ambitious, two-pronged plan to refashion Fairfax into a center of the knowledge economy. 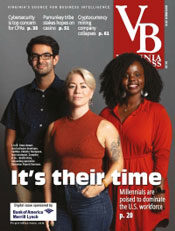