No takers for ‘elderly islands’

Many retirees want to stay connected to the larger community

Many retirees are passing on the idea of “getting away from it all.” Instead they choose to remain closely tied to their communities, families or ongoing interests.

‘We know the unique challenges the government faces overseas’

A change on the leader board

Morookas are sought when the work gets mucky 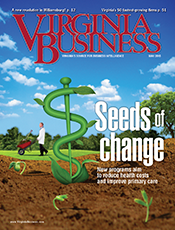