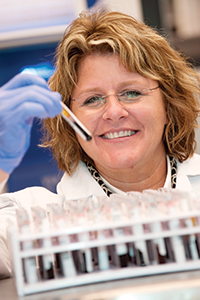 Tonya Mallory, Chief executive officer of Health Diagnostic Laboratory in Richmond is the 2013 Virginia Business Person of the Year.

Letters to the Editor

Is The Disthene Group settlement a cautionary tale for closely held companies?

Curtis Dixon Colgate’s long battle against The Disthene Group Inc., came to an end in August when both sides signed off on a $77 million agreement.

Companies must consider risks when getting commercial liability insurance for an event.

Alterra deal extends its presence in reinsurance and the global marketplace

The recession, combined with airline mergers and consolidation, has jolted airports in Virginia and nationwide.

Retail activity picks up in Virginia with a push from grocers and restaurants.

Restaurant and grocery options are expanding in Virginia as the retail development market continues to recover.

Frozen yogurt shops take off with more expansion planned in 2014

In less than five years, sweetFrogs frozen yogurt chains have appeared in 28 states, Great Britain and the Dominican Republic.

The Virginia Tech Transportation Institute is road-testing and researching a variety of new vehicular technologies that are years ahead of what one can find in today’s auto showrooms.

As the national economy continues to rebuild from the Great Recession, the Roanoke and New River valleys have seen a manufacturing resurgence. 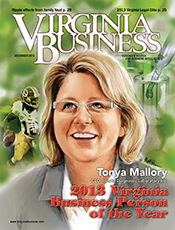