Despite all the Googling, number-crunching and HGTV-watching, Ingrid Medrano still wasn’t ready for just how unpleasant the backyard poison ivy would be at the home she bought in Richmond about two years ago.

Medrano, an immigrant from El Salvador, says she and her fiance felt pressured to jump on buying their home or risk losing it to another buyer.

Heated competition in real estate markets across Virginia has fueled real estate FOMO (fear of missing out) among Virginia’s millennials, according to real estate agents. They say it hasn’t been uncommon during the last year to see bidding wars break out between 20-something and 30-something homebuyers over starter homes.

Brad Thomas, a Roanoke Realtor with Mountain View Real Estate, recently took some millennial buyers to a house that had hit the market that morning. By noon, the sellers had three offers. Like other metro areas statewide, Roanoke has a scarcity of available starter homes, leading to a sellers’ market, with homes fetching multiple offers within a few days.

As wages rise and older millennials reach their late 30s, the generation previously stereotyped for being tattooed and selfie-obsessed is settling down and buying homes in increasing numbers. 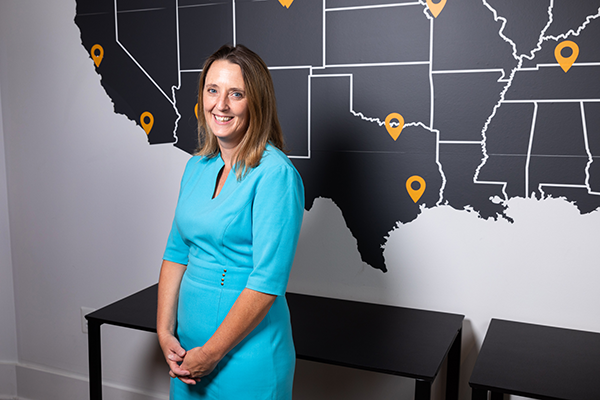 About a third of 2017 home sales in the commonwealth went to millennials, according to an analysis by Virginia Realtors Chief Economist Lisa Sturtevant. Nationally, millennials accounted for 37% of all homebuyers from June 2017 to June 2018 — making them the most active generation of homebuyers for the sixth year in a row, according to the National Association of Realtors’ 2019 Home Buyer and Seller Generational Trends study.

“We talk a lot about the millennials wanting to be footloose and wanting to be not tied down,” Sturtevant says, “[but] this demographic cohort is moving into an older age group and, as interest rates are still favorable, it suggests that 2019 should see an increase in [millennials] buying homes.”

All the homebuying is leaving many millennials shaking their heads, however. About 80% of homeowners ages 18 to 34 have at least one regret about their home, compared with 65% of baby boomers, according to a recent Zillow housing survey.

For her part, Medrano wishes she had bought a house that had a half-bath and guest room. “We didn’t really know what we needed until afterwards,” she says.

Homes sold in the Central Virginia/Richmond housing market spent an average of 32 days on the market in May, about the same as a year ago, according to a Long & Foster Real Estate report.

Nationally, homes last year stayed on the market for an average of about 60 days.

“I’m definitely seeing and talking to other agents in my office about them getting into bidding wars,” says Richard Sena, a Richmond real estate agent with Small & Associates Inc.

In addition to making higher offers, buyers are having to find other ways to make their bids more attractive to sellers. Not many millennials can do cash offers but they are recommended if possible, Sena says. Buyers are also offering shorter closings, paying for home inspections or repair fees, and are adding clauses so their offers automatically rise in response to competing bids.

But Sena counsels his buyers to accept that they may be outbid and should stick to a price ceiling. “What is that number for this house that you can say, ‘You know what? I’m glad the [other] guy got it,’” he says.

The American Dream
The Virginia area with the highest rate of millennial homeownership in 2017 was Gainesville in Prince William County. Seventy percent of people ages 25 to 34 there were homeowners, double the statewide rate, Sturtevant says. Contributing factors likely include affordable housing stock and a large number of Hispanic millennials, she says. The Hispanic population represented 62.7% of the increase in U.S. net homeownership from 2008 to 2018, according to the National Association of Hispanic Real Estate Professionals.

“To our discredit, I think a lot of us immediately kind of think [of millennials as] white people, higher-income urban dwellers riding around on their scooters and driving Uber, but there’s a significant share of this young adult population that are racial and ethnic [minorities] and first- and second-generation immigrants for whom homeownership is still very strongly part of the American dream,” Sturtevant says.

Maclaine DeLorie, a Realtor in Prince William County with Move4Free Realty, says the Northern Virginia starter home market is very competitive, raising buyers’ concerns that they may be overpaying.

“Houses are selling at list, if not above list, sometimes with multiple offers within a week or so of being on the market,” DeLorie says, adding that, fortunately for buyers, “interest rates are so low that even if you’re paying whatever the asking price is, even if there is no negotiation, the houses are priced according to the market and the appreciation is insane.”

DeLorie has also noticed that millennial buyers generally do their homework. “It’s not abnormal for them to do research and be informed about what the normal price ranges are or even having information such as knowing it’s a seller’s market.”

The Northern Virginia real estate market also is being impacted by the flood of millennial workers expected to move to the region to work at Amazon’s HQ2 headquarters in Arlington, which will hire more than 25,000 workers during the next 10 years.

On a recent Friday, Stack received an email from a millennial couple requesting an appointment-only listing viewing the next day. “[They were] flying in from Seattle on the red-eye,” Stack says. “It ended up being Amazon buyers.”

Risk averse
Compared with millennials, Generation X represented about 40% of homebuyers when they were in their 20s and 30s, Sturtevant says.

When millennials left college during the Great Recession, they were burdened with student debt and struggled to find jobs during a period of low wage growth, Sturtevant says. Many delayed getting married and having kids, factors that typically motivate first-time homebuyers, Sturtevant says. Millennials are getting married and having kids about five years later than Gen Xers, she says, and their economic experiences have translated into risk aversion.

“This generation was really kind of shaken by the housing market downturn and recession, and so they’re very cautious,” Sturtevant says. “They saw maybe their parents lose equity in their home or they saw neighbors being foreclosed on.”

Pat Stack, a Northern Virginia Realtor affiliated with Weichert Realtors, has also found millennial buyers to be careful. “They don’t buy on impulse. As a generation, they have a very strong awareness of the precariousness of the economy,” Stack says. “Twenty years ago, people didn’t feel that way, and people would buy a house after seeing it once. Millennials tend to look at it three, four times.”

On the whole, Stack says, her millennial clients tend to have high incomes but not as much cash in reserve, making them less inclined to buy homes requiring renovations.

“There’s a sense that folks are leaving [Virginia] once they’re looking around at their homebuying options,” the economist says. “We’ve heard it even within the state: people leaving Northern Virginia for lower-cost parts of the state.”