The genesis of the Appalachian Regional Exposition Center (APEX) in Wythe County was the desire of the Southwest Virginia Horsemen's Association to have a place for horse shows. But do not call the exposition center a horse barn.

“I think that’s what some of the naysayers were calling it, a horse barn,” says Jeremy Farley, the county’s public information officer. “We didn’t call it the Appalachian Agricultural Event Center on purpose. We called it the Appalachian Regional Exposition

Center because we don’t want to paint ourselves into a corner with one type of entertainment.

“Whether it’s a horse show or a bridal show, I think that our goal is to have a facility where it’s [possible to do] all of it.”

APEX, which would include a 90,000-square-foot multipurpose arena, is a shift in strategy for the county, which invested more than $40 million developing the 1,200-acre Progress Park, leveraging a rail line and the intersection of two interstates to attract international corporations.

“Over the last generation, I guess, we were focused on industrial development,” Farley says. “We felt like at this time now we’ve got the infrastructure in place for industry, so it’s time to look beyond that and see about tourism as well.”

In 2014, the county paid $1.3 million for 90 acres for the APEX site near the intersection of Interstates 81 and 77. The project, which Weldon Cooper Center for Public Service estimated would cost more than $5 million, has received $1 million from the Virginia Tobacco Region Revitalization Commission.

Even when it was a horsemen’s association project, the facility was meant for more than horse shows. A 2008 plan included a demolition derby and a hot-air balloon festival among its potential events. That plan predicted the center would make a profit by its fifth year and inject as much as $5 million annually into the area’s economy. A 2014 Weldon Cooper Center study estimates something closer to $4 million. Wythe will be satisfied if the facility pays for its operation.

“We realize we’re not going to make money from the facility in and of itself,” Farley says, “but if you can have it breaking even, the benefit it will be to the county in so many other ways will be worth it.” 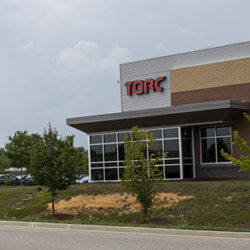 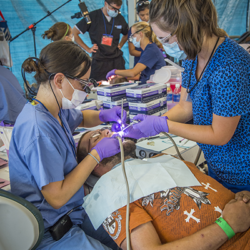