Working toward a common goal

Local rivalries recede as the region seeks a new brand

Its economy is growing, its diverse municipalities are making inroads on that elusive thing called collaboration, and it could soon be home to the nation’s first urban surf park.

Now, to deal with that pesky problem of how best to identify the Southeastern Virginia metropolitan region.

Hampton Roads, the moniker applied to the sprawling region more than three decades ago, just doesn’t cut it, business and community leaders say. People outside the 2,500-square-mile region don’t know what or where Hampton Roads is, while few of its 1.7 million residents call it by its official name or have an affinity to the identifier. And, that hampers the local economy, especially tourism, one of Hampton Roads’ top economic drivers.

“The brand of any region is either an enabler or an inhibitor,” says Bryan Stephens, president and CEO of the Hampton Roads Chamber of Commerce. “It’s a sense of place. It’s who you are as well as where you are. It has to resonate with everyone. Hampton Roads doesn’t do that. It’s old, stale and stagnant.”

One of Stephens’ goals for this year is to create a new brand identity for the region, one that evokes a sense of place for both locals and people outside the area. The chamber has organized a committee to lead a collaborative effort to rebrand the region. The process will include focus groups, roundtable discussions and surveys. “We hope to unveil and start socializing the new name by the end of the year,” Stephens says.

While names such as Coastal Virginia and Norfolk-Virginia Beach have been bandied about for several years, Stephens says his group is starting fresh. “We’re being very careful not to presume any name or start with a laundry list of possible names. We’re starting with a clean slate and want this to be collaborative and the process to work.”

Whatever the rebranding committee comes up with, Stephens stresses that the new identity will celebrate Hampton Roads’ assets. “Its history, water, beaches, family activities, the food scene — things that make it attractive to all people who want to live and work here as well as visit on vacation.”

Shedding its cumbersome moniker is the first step in getting Hampton Roads’ story front and center and ensuring the region is on par with similar areas, Stephens says. “If you think about other regions, there’s the ‘it’ factor that’s representative of a great place to live and work and to raise a family,” he adds. “But they really don’t have anything we don’t have. Hampton Roads has history, waterways, beaches, urban areas, farmland and diversity of cultures. We’re just not telling our story well enough.”

Stephens and other regional leaders believe collaboration will help with that. They say signs point to the region’s 14 cities and counties at long last banding together as rivalries slowly are relinquished. With four of the five South Hampton Roads cities coming under new mayoral leadership in the past three years, a renewed emphasis on working together appears to be crossing municipal lines.

“There’s a lot more collaboration going on now than we’ve seen in the past,” Stephens says. “Elected officials understand the power of collective impact and realize that what’s good for one municipality is good for all municipalities.”

Atlantic Park project
As community leaders debate a new regional brand, Virginia Beach developers are betting the name Atlantic Park will become one of Southeastern Virginia’s best-known identifiers. That’s the name given to the 10.35-acre entertainment, commercial, residential and recreational development to be built at the oceanfront on the former Virginia Beach Dome site.

The project’s centerpiece will be a surf park. Venture Realty Group, the company developing the property, points out that surf parks typically stand alone.

The Atlantic Park surf park, however, is only one component of the $325 million mixed-use development.

Entertainer and producer Pharrell Williams, a Virginia Beach native, is one of the partners in the development, which is expected to create 2,000 jobs when it begins operations.

The project reflects a push by the city to become more of a year-round destination. 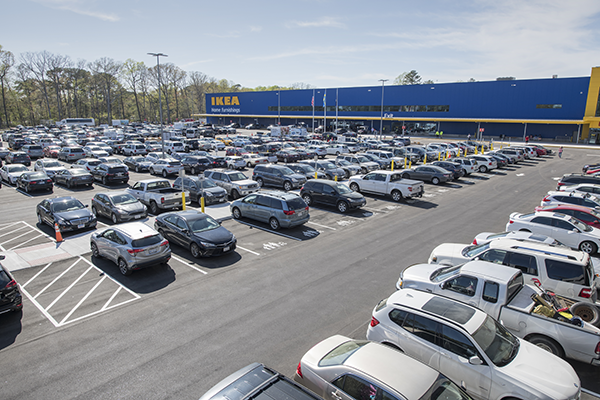 Another new attraction in the region is the new Ikea store in Norfolk.

The  331,000-square-foot store, which opened in April, is Ikea’s second in Virginia and 50th in the U.S. The other Virginia store is in Woodbridge. Ikea sells ready-to-assemble furniture, kitchen appliances and home accessories.

Ikea officials say it already has a large number of customers in Hampton Roads and they expect the Norfolk store to attract shoppers from other parts of Virginia as well as North Carolina.

The store will employ about 250 workers in a mix of full- and part-time positions. 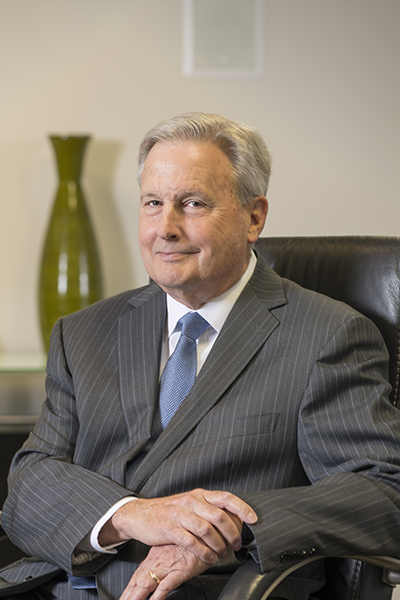 Those developments are examples  of the increased economic interest in Southeastern Virginia, says Steve Herbert, interim president and CEO of the Hampton Roads Economic Development Alliance, the agency charged with coordinating all business leads coming into the region. “We are actually working on 15 different projects. We’re encouraged by that.”

Herbert took over the reins of the HREDA in January after previous CEO Rick Weddle retired. A former Suffolk city manager and Virginia Beach deputy city manager, Herbert wants the cities and counties that make up the alliance to consider themselves a team. “We want to make sure we’re all working together,” he says, adding that the region’s struggles to work collaboratively will not be solved overnight. “But we’re committed to working on it. That’s been our message to each of our 11 community partners. It’s teambuilding. If you’re going to build a team you have got to get everybody on board.”

To do that, the HREDA is asking that each member locality approve a master economic development agreement for how the organization conducts business. “This is the first time it’s ever been more than a handshake agreement,” Herbert says. “We’re all working together. I’m very encouraged by the level of teamwork with the individual economic development directors. That is going to help a lot to make economic development activities in the region more productive.”

The alliance, whose members include Chesapeake, Norfolk, Portsmouth, Suffolk, Virginia Beach, Newport News, Hampton, Poquoson, Franklin and Isle of Wight and Southampton counties, also is refining its marketing efforts to increase its productivity. So far, approximately 40 marketing trips in the U.S. and overseas have been scheduled for this year. Herbert says representatives from alliance members will join the HREDA staff on these journeys. “That’s where more leads and potential marketing activities come into Hampton Roads, and all of Hampton Roads gets looked at.”

In addition, the HREDA has reached out to other regional organizations interested in economic development, including Reinvent Hampton Roads and the Hampton Roads Planning District Commission, which recently documented the region’s infrastructure investments. “There are billions of dollars’ worth of infrastructure investment in the region,” Herbert notes. “That’s unprecedented in other regions we compete with.” 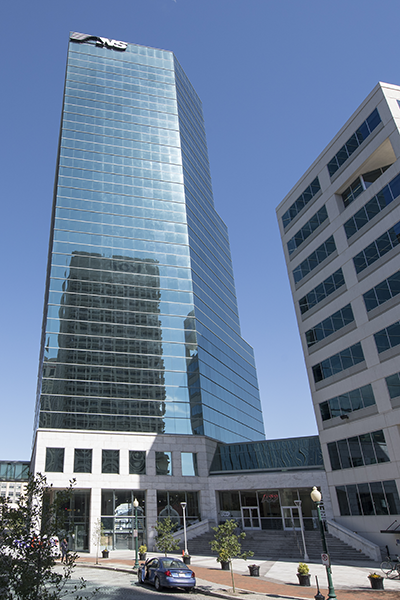 A recent decision by Norfolk Southern to move its headquarters to Atlanta in 2021 is far from good news for a region with only two other Fortune 500 companies (Huntington Ingalls Industries and Dollar Tree), but Herbert believes the railroad company’s departure represents an opportunity. “We are short on that kind of office space,” he says, referring to Norfolk Southern’s 22-story office tower in downtown Norfolk. “To have that building in the middle of a prosperous, bustling downtown is a huge asset for us. Nobody is happy about losing Norfolk Southern, but we will aggressively work to market that building.”

Old Dominion University economist Vinod Agarwal agrees that Hampton Roads will survive Norfolk Southern’s exodus. “We will lose between 500 and 700 employees,” he notes. “There are about 800,000 jobs in Hampton Roads, so the economic impact of Norfolk Southern leaving is not going to be significant.” Agarwal adds, though, that the company’s strong involvement in philanthropic activities throughout the region will be missed. “Their presence has been very meaningful.”

Agarwal, who is director of ODU’s Economic Forecasting Project, says Hampton Roads’ economy is strengthening. “For the first time in several years, we’re seeing the job market improve significantly,” he adds. “The labor force is growing, and the unemployment rate is going down. That’s really good news.”

Much of that improvement comes from increased Department of Defense spending, as well as growth at the Port of Virginia, which is operating at near capacity. Agarwal, however, emphasizes that the region still needs to diversify its economy, which has long been dependent on defense industries. Like Stephens and Herbert, he emphasizes that regional collaboration is key to economic growth.

“We need to realize we are a regional economy that is heavily connected, and we need to work together as a region. If we look at a regional approach, it doesn’t matter where jobs are created as long as they are in Hampton Roads,” Agarwal adds. “Collectively, we need to start thinking of Hampton Roads as a region, not a fabrication of cities and counties. Unless that happens, our growth will be slower.”