The Virginia Community College System is experiencing what one top official describes as a “tectonic shift.”

Although transfer programs to four-year colleges still account for the largest enrollment demand in community colleges, fewer students are interested in academic programs that can provide transfer credits to a four-year institution, a traditional mission of community colleges. Instead, an increasing number of students are opting for popular short-term workforce certification courses in skilled trades such as welding, truck driving or phlebotomy that can lead to being qualified for a career job in weeks or months, not years.

“The labor market is telling us — job seekers and career switchers are telling [us] — [that] this is what we need to have more of; this is where we need to make stronger investments,” says Randall Stamper, VCCS vice chancellor for workforce programs.

Of the increasing interest in workforce training and certifications, Stamper says, “It’s not a crisis; it’s a natural change to a different model.”

Nationally, college enrollment has been falling in recent years and community colleges have been the hardest hit, shedding more than 827,000 students since the start of the pandemic, according to a May report by the National Student Clearing House Research Center.

Community colleges argue that there is no one factor that has spurred enrollment declines, and no one solution to stanching the losses.

It’s a common public complaint that college educations, which are more expensive than ever, don’t carry the same ROI and cachet they once had. Students aren’t flocking to colleges and universities in the numbers they once did, some observers say, wary of taking on crushing debt and earning degrees that may not pay off. Six in 10 college seniors in 2019 held student loan debt, owing an average of $28,950, according to a study by the Institute for College Access & Success.

Sharon Morrissey, VCCS vice chancellor for academic and workforce programs, was appointed interim chancellor of the community college system in June, while a search for a permanent chancellor is underway.

Plainly put, Morrissey says, the community college system’s workforce training role is critical because Virginia needs more workers, a point Gov. Glenn Youngkin has expressed while insisting that his administration have a seat at the hiring panel’s table for the next VCCS chancellor. The previous hire for chancellor withdrew amid controversy, leading to Morrissey’s appointment.

“We’ve got 300,000 jobs that are unfilled because there are not enough workers,” Morrissey says. “We know that a lot of people are not out there looking for jobs, because wages have increased.”

Started in 2016, FastForward came out of a statewide tour during which community college officials asked business and industrial leaders across the state what they needed most.

In 2015, the General Assembly inserted language in the state budget that directed the VCCS chancellor to develop a plan to address a gap in middle-skills work — jobs that require some postsecondary education, but not necessarily a degree.

On average, students who earn credentials through a FastForward training program can go on to earn a median annual wage of $36,928, a 36% increase over their previous wages, according to VCCS data.

Since 2016, FastForward has seen 50% growth in enrollment, with FastForward students earning about one-fifth of the 32,000-plus degrees, diplomas and certificates awarded by the community college system in the last academic year. About 96% of FastForward students complete their courses and about 72% of those students pass the tests needed to earn credentials that qualify them for jobs.

“The average FastForward student is
34 years old. Two out of three of them have dependents, and 20% of them had been on public benefits in the year before they enrolled. So, it’s a different kind of student,” Stamper says.

The state underwrites the cost of workforce training programs, which are noncredit programs that lead to an industry credential or a third-party credential. It could be anything from a state license issued by the Board of Nursing to a certification from the American Welding Society.

FastForward also has a unique twist.

“Everybody has skin in the game, and it pays for performance,” Stamper says. “To our knowledge, it’s the only pay-for-performance … college-based [program] in the country.”

Another new state workforce initiative is G3 (Get a Skill, Get a Job, Get Ahead), which provides tuition assistance for students pursuing degrees or certification in high-demand fields, including health care, information technology and manufacturing.

G3 is “a last dollar program,” meaning it makes up the difference not covered by federal financial aid.

“It’s a brilliant program,” Morrissey says. “We just got through our first year. … We saw enrollment increase in these G3-eligible programs, while overall our enrollment continued in a decline mode last year, which tells us, just like the FastForward programs, there is a demand for funding to help students pay for the cost of college.”

Even community college veterans are astonished by the rapid shift in the demand for workforce credentials. Amid ongoing labor shortages, industries turn to the community colleges to produce workers — preferably as fast as possible.

“I’ve been in workforce development for 22 years and I’ve never seen anything like this labor market. Employers are working very closely with us to have first access to the students who are completing these [high-demand] programs,” says Elizabeth Creamer, vice president of workforce development and credential attainment for the Community College Workforce Alliance.

CCWA offers training for 33 FastForward programs focusing on areas such as health care, information technology, transportation and logistics, and manufacturing. It’s had a good track record so far, with companies such as Philip Morris USA, DuPont, Gerdau and Standard Motor Products Inc. hiring workers out of CCWA programs. Philip Morris, DuPont and other companies have also partnered with CCWA on apprenticeship programs.

During the pandemic, Creamer says, workforce programs saw a dramatic increase in enrollment.

Overall CCWA enrollment dropped from 7,449 to 5,737 between 2019 and 2021, largely due to a lack of enrollment for in-person professional development classes during the pandemic. During the same time period, however, enrollment in short-term certification programs skyrocketed at CCWA, which saw its FastForward program enrollment grow by 49% to 2,300 students. And some programs, like health care, saw 80% growth over pre-pandemic enrollment levels.

In 2020, Glenn and Suzanne Youngkin started the Virginia Ready Initiative, which collaborates with the FastForward program to help people laid off during the pandemic get skilled for in-demand jobs in health care, IT, cybersecurity and manufacturing. Those who complete FastForward credentials get $1,000 in cash on top of state funding.

During the pandemic, Creamer says, “there were major shifts in the employment market: Restaurant workers were out of work, [as were] food service and hospitality workers. A lot of them came to us for training.”

And the demand in many fields is so great, Creamer says, that skilled workers such as electricians, HVAC technicians and health care and technology workers can find jobs almost as soon as they qualify. Some employers even show up on the last day of classes to get the first opportunity to recruit new graduates with in-demand skills.

“These are working adults who are making sacrifices to be here … and they’re coming because they’re trying to get ahead,” Creamer says of students entering FastForward programs.

In fact, one of her favorite workforce training success stories comes from her own family.

Not yet 30, Creamer’s son-in-law now “has about 10 years’ experience in the trades,” she says proudly. “He has an [associate] degree in a technology field and he has an engineering degree — and all of that without any student debt and marrying my daughter and having two children.”

Workforce training programs also offer a chance for redemption for some students.

Consider Keon Melton, who was released from prison in January after serving a 10-year sentence for robbery. At 36, Melton, who lives in Portsmouth, says he’s trying to restart his life, establish a relationship with his two sons, 19 and 10, and become a productive member of society.

Melton read a lot in prison and became a tutor for other prisoners seeking their GEDs, he says. After prison, he felt lost, he says, until he entered a welding training program at Tidewater Community College. “Opportunities are opening up,” he says. “Once I came across the welding, it set me up for a career.”

With a recommendation from his welding instructor, an area employer hired Melton before he’d even finished the class. In his new Portsmouth-area job, Melton has welded doors at an Amazon warehouse and helped on a ship repair, among other projects.

Tamara Williams, vice president for workforce solutions at TCC, says welders are in such high demand, especially in the region’s maritime industry, that the college established a mobile welding lab as part of a partnership between TCC, the city of Norfolk and Lyon Shipyard.

“We were building a pipeline before the opportunity for employees was there,” says Vickie Ratliff, retired vice president of academic services at Mountain Empire.

Payne is also working with four community colleges in Southwest Virginia to explore how manufacturing companies in the region could become part of the supply chain for the offshore wind energy industry being created in Hampton Roads.

Adam Hutchison, president of Virginia Highlands Community College, lived and worked in Texas, the biggest wind energy-producing state, and he believes that making parts for wind turbines could be a good fit for the manufacturing heritage and skill sets of Southwest Virginia, where coal production once flourished.

Morrissey, the interim chancellor, says that transfer programs to four-year colleges still account for the largest enrollment demand in community colleges, and she doesn’t see that changing.

The community college system, Morrissey explains, still plays a valuable role in saving students and their families money by allowing them to study for two years at a less expensive community college before going on to a university.

“The governor and the secretary of education have both acknowledged the value of bachelor’s degrees,” she says. “That’s workforce preparation, too.” 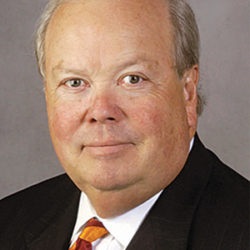 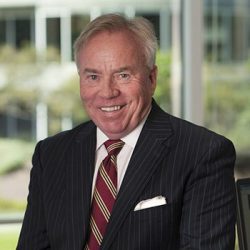 Chancellor of Virginia’s community colleges to retire in summer 2022