Williamsburg’s Midtown Row to be acquired for $122M

Broad Street Realty Inc. will acquire Midtown Row in Williamsburg for $122 million, the Bethesda, Maryland-based company announced on Feb. 22. It previously has served as the mixed-use development’s manager and leasing broker.

Broad Street is acquiring the 221 Monticello Ave. property from a joint venture whose controlling general partner includes Broad Street Principals, Lamont Street Partners and Bridger Corp., according to the company. The deal is expected to close in the second quarter.

The mixed-use property is near the campus of William & Mary and has 240 newly finished student apartments and 63,573 square feet of retail space. It’s the company’s fifth property in Virginia and 16th total in its portfolio and has been promoted as Williamsburg’s new city center.

“We are proud to further solidify our commitment to Midtown Row and the Williamsburg region with this acquisition,” Chairman and CEO Michael Z. Jacoby said in a statement. “We have served as the development manager for Midtown Row and serve as the property manager and the leasing broker for the retail portion as well so this is truly a natural evolution.”

Jacoby said the company developed this portion of Midtown Row on a fee basis for a related-party joint venture and currently manages and leases the retail portion of the buildings. Broad Street Realty has properties in the mid-Atlantic, Southeast and Denver, Colorado, markets. 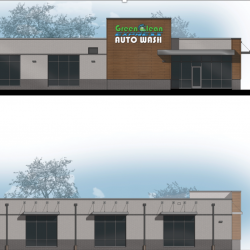 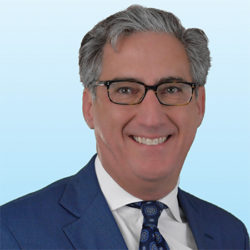 Adams is based in Norfolk