Wyatt S. Beazley IV has been with the firm since 1992

Beazley will oversee the firm’s operations throughout Virginia, North Carolina and South Carolina.

“Wyatt has a deep understanding of both the business operations and the culture at Williams Mullen,” Williams Mullen President and CEO Woody Fowler said in a statement. “He is a terrific choice for the role of chief operating officer.”

Beazley joined Williams Mullen as an associate in 1992. In 2018, the firm appointed him its general counsel. Beazley is a partner and a member of the firm’s board of directors. He has served as chair of the firm’s health care section.

“I am very pleased to have this opportunity to work with Woody, the board and our talented team of employees in a new capacity and continue our tradition of success,” Beazley said in a statement.

Beazley is the past chair of the board of Medical College of Virginia (MCV) Foundation Inc. and previously served on the board of The Doorways, a nonprofit providing lodging for Richmond-area hospital patients and their families, and on the board of the YMCA of Greater Richmond.

Beazley will succeed  Craig L. Rascoe, the firm’s COO since 2009, who is preparing for retirement. 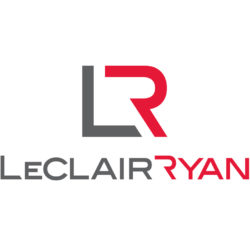