What’s the big (or small) idea? 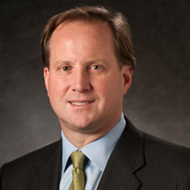 From drones assessing storm damage in the hours after Hurricane Dorian’s landfall in Hampton Roads to reusing gas produced in pipelines instead of releasing it, many Dominion employees are often thinking of new ways to improve their work, said Mark Webb, Dominion’s senior vice president and chief innovation officer.

“We don’t just want to be an innovation team,” he said. “We want everyone at every level to be thinking about it.”

Some of the basic principles governing Dominion’s innovation efforts are sustainability, public service and the company’s goal of reducing its carbon emissions by 55% by 2030. “We’re not wedded to a [particular] technology,” Webb said, and the company is “positioned to do things that have multiple benefits,” such as building infrastructure that could expand broadband access or support new industries like data centers.

To encourage employees’ ideas, Dominion recently started the Innovation Accelerators program, its take on a startup incubator, in which teams of employees pitch projects that often lead to pilots and sometimes full implementation. This week, teams presented their work in front of an audience at the expo that voted on their favorite pitches; winning pitches will receive sponsorship.

Right now, Webb’s team is focused on a pilot program to replace 50 diesel-fueled school buses with electric buses next year, with plans to have all replacement buses electric by 2030. Dominion Energy’s recent proposal to build 220 wind turbines off Virginia Beach also is very much on Webb’s mind, as is solar technology. Most ideas he receives from employees have to do with renewable resources and alternative methods of generating and delivering energy.

“We’re certainly focused on transportation,” particularly electric autonomous vehicles, Webb said. Next year, he added, the company will test a self-driven electric shuttle in Fairfax County, between the Dunn Loring Metro station in Merrifield and the Mosaic District, about a mile away.

Big ideas like autonomous vehicle fleets and electric municipal buses are part of what Webb is interested in, but so are “micro-innovations,” like an app created by Dominion employees in South Carolina to push notifications for bills, power restoration and other basic tasks, cutting down customer time on the phone.

Along with Dominion’s own projects, Commonwealth Fusion Systems, a startup based in Massachusetts with ties to Bill Gates and the Massachusetts Institute of Technology, was among the exhibitors in Richmond. The company was marketing fusion energy as a “safe, limitless, carbon-free power source” that scientists have studied for decades. With new discoveries like a high-temperature superconductor and magnets that lower the cost of fusion energy, scientists are close to producing the world’s first fusion power plant, Commonwealth Fusion Systems says.

“Energy made cities as we know them exist,” Webb said. “Any small innovation helps.”