Sometimes there’s a qualifier, like what’s the “new” normal? Who knows? If you think you do, wait and see.

It’s not just the normalcy that is intoned by such nostalgic statements, it’s the whole idea of “getting back.” The reality is that things don’t go back. Sure, we might say “what goes around comes around” or “history repeats itself.” But does it really? Does time ever really go back?

Patterns definitely exist. Take stock prices, for example. Changes are generally characterized by higher lows or lower highs — retracing is followed by breakout — but the past never really repeats. Time inevitably marches on.

The COVID-19 pandemic hasn’t really changed any of this. Still, it has made many of us a bit nostalgic, especially for the recent past. Who doesn’t miss the office, seeing co-workers and customers? If that’s not the case, then there is probably something else going on — perhaps a mismatch of talent, culture or company. Maybe it signals an opportunity for a career change. Maybe there’s an opportunity for reinvention.

More than working remotely, much of what we’ve experienced over the past several months was never expected. Who would have thought we’d go through half of 2020 (and more) without eating in a restaurant, staying in a hotel, getting on an airplane or simply attending a good old-fashioned chamber of commerce business awards event?

Who would have thought that nearly 110,000 businesses in Virginia would have received funding through the federal Paycheck Protection Program (PPP)? That’s not counting other funding through the Small Business Administration’s Economic Injury Disaster Loan (EIDL) program, and other state- or community-based programs. In some way or another, this support has touched pretty much every company in America.

Amazingly, these programs made it through Dee Cee’s hyper-partisan Congress. Despite a profound lack of the staffing and infrastructure needed to handle the process, they made it through the U.S. Department of Treasury and the Small Business Administration (SBA).

Bankers don’t immediately come to mind on anyone’s list of first responders the way that firefighters, rescue squads and others who answer 911 calls might. Yet in many ways, our banks were the frontline first responders to this economic emergency.

On a Thursday night in the first week of April, the Treasury Department was still deciding on loan requirements. By Friday morning, some banks had their lending portals open and had begun making loans. If you were a business owner and had a bank president’s cell phone number, you probably had it on speed dial. Banks made themselves more accessible than ever, some 24/7.

The SBA’s online portal crashed on the first day of lending. Without valiant customer service by the banking industry, financial help would have been greatly delayed, inflicting even more damage. At every level, many thanks are due from the entire business community to the men and women of our nation’s banking industry. They unexpectedly became first responders, fighting the economic injury caused by COVID-19.

Responding to a crisis builds esprit de corps and teamwork; it makes companies stronger. The COVID-19 crisis of 2020 has little or nothing in common with the subprime mortgage debacle of 2008. Back then, complex derivatives were the villains and some banks were arguably complicit. In 2020, the villain is the virus and government lending carried out by banks is a widespread help.

History hasn’t repeated itself and what goes around hasn’t come back around. We don’t really know what the new normal might be, but who would’ve thought that it would look anything like this? 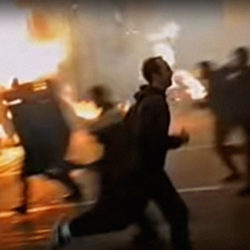 Setting the rules of the game