What’s good for HBCUs is good for Virginia business

Earlier this year, I issued a call for the commonwealth to confront and reassess its disproportionate support of its historically Black colleges and universities (HBCUs).

I wrote a letter to the governor, lieutenant governor, attorney general and the respective leadership of the General Assembly. At this juncture, I have not received any acknowledgment or response to the letter from anyone.

Federal courts have pushed to end de facto segregation by ruling that states cannot have a dual system in colleges and universities. HBCUs were there when there was nowhere else for people of color to attend college. I know, because I was one of those students who was fortunate to be able to attend Virginia Union University, located in my hometown, Richmond, Virginia. The University of Richmond forbade me from matriculating there.

When I returned home from fighting on the battlefields of Korea, I studied law at Howard University School of Law in the nation’s capital.

I did not have the time or money to engage in litigation to attend law school in Virginia.

The increase in the number of white students on Black campuses and of Black students on white campuses should not come at the expense of the Black sector. The governor, the General Assembly and the Virginia business community need to demonstrate collaborative leadership so that every student has the opportunity to achieve the American dream, thereby becoming a taxpaying contributor to Virginia’s economy and improving our quality of life.

In my public life, I have practiced fiscal responsibility. I was proud, during my gubernatorial administration, to have had Virginia selected for the first time ever as the best fiscally managed state in the nation. This was done two years in succession.

I think the governor and General Assembly have the responsibility to immediately provide significant and ongoing funding to our four HBCUs (Virginia Union University, Hampton University, Virginia State University and Norfolk State University) from Virginia’s $4.3 billion share of federal relief funds from the American Rescue Plan Act. This commitment should include initial grants of $50 million to each HBCU for scholarships, recruitment, retention, research, academic programs and capital projects, as Virginia has historically allocated to its predominantly white institutions.

There is no plausible alternative.

Let us not forget, the General Assembly found a way to act quickly when it wanted to institute the morally repugnant policy of Massive Resistance. Virginia must now give meaning to its words to correct the inadequacies of its past, and to provide hope for the future of all Virginians.

The time is now.

The first African American governor elected in the United States, Gov. L. Douglas Wilder served as Virginia’s 66th governor from 1990 to 1994. He also served as Richmond’s first at-large elected mayor in modern times from 2005 to 2009. 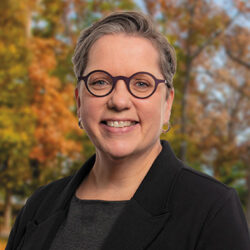 5 ways Va. can put people back to work and transform higher education

Gov. Northam's Get Skilled, Get a Job, Give Back initiative will create educational and career opportunities for low- and middle-income families 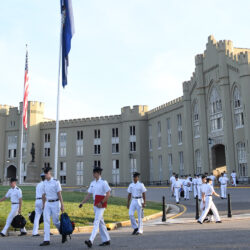