WaveDancer intends to raise approximately $67 million in a private offering of its common shares, according to a news release, and the transaction’s closing is contingent upon financing. The transaction is expected to close in the second quarter, and Knowmadics will become a wholly-owned subsidiary of WaveDancer.

WaveDancer provides cybersecurity solutions and specializes in secure supply chain management. The company uses blockchain and encryption algorithm technology, as well as providing on web-based interface for transactions, documentation and other aspects of management.

“We are determined to provide industry-leading comprehensive device and data management and security solutions for government and commercial clients,” WaveDancer CEO Jamie Benoit said in a statement. “Given the increased threat of state-sponsored cyber attacks against U.S. commercial and government critical infrastructure, we think the timing and nature of our corporate transformation will position us well in the commercial and government marketplaces.”

Knowmadics CEO Paul Maguire and President Claire Ostrum founded the company in 2013. Knowmadics provides an Internet of Things remote device management and monitoring platform and mobile apps. WaveDancer plans to extend its software to include devices and enterprise systems through the acquisition.

“After seeing the transformation that’s been underway at WaveDancer over the last year, and getting to know Jamie and the team, I am delighted about this acquisition,” Maguire said in a statement. “We’ve been approached many times over the years, but no partnership felt right until now. From a mission focus, culture and product offering perspective, our two organizations are in lockstep.” 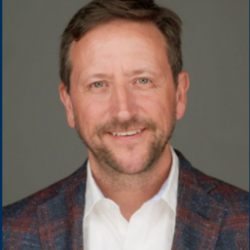