A 74-acre property in Powhatan County on U.S. 60 has been sold to Walton Global and is expected to be Powhatan’s largest residential development to date, according to Richmond-based Commonwealth Commercial Partners LLC. The sale price was not disclosed.


Commonwealth Commercial facilitated the sale of 1585 Anderson Highway. The site is expected to become a master-planned community with a mix of housing types, as well as amenities such as walking trails and parks. Walton Global is a Canada-based investment and development group.


According to Commonwealth Commercial, the property is within a five-minute drive of Westchester Commons, Bon Secours Westchester Emergency Center and Route 288.


The property was presented for sale by Randy Cosby and Chris Jenkins of Commonwealth Commercial. 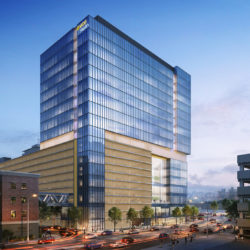