Home People VPM president and CEO elected to PBS board

VPM president and CEO elected to PBS board

Jayme Swain, VPM and Virginia Foundation for Public Media president and CEO, was elected to serve a three-year term as a professional director on the Public Broadcasting Service Board, PBS President and CEO Paula Kerger announced Wednesday.

Swain oversees VPM, which is a Richmond-based network of PBS and NPR stations across Central Virginia and the Shenandoah Valley that reaches nearly 2 million people. Swain has led several initiatives, including the expansion of education programming with a focus on children in underserved communities and an increase in digital storytelling and distribution across the web, social media and podcasting.

As leader of the Virginia Foundation for Public Media, she manages the stewardship and advancement of an endowment to support VPM’s mission.

Before she joined VPM in January 2019, Swain was the senior vice president of strategy and operations at Arlington-based PBS, where she advised the CEO and chief operating officer, led strategic planning and managed organization-wide projects. Swain is a graduate of the University of Virginia.

Swain serves on the board of the Richmond Performing Arts Alliance. She is co-chair of the Organization of State Broadcasting Executives. 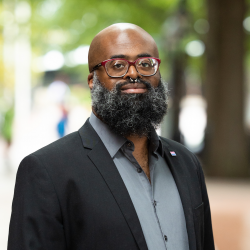