The Virginia Museum of Fine Arts has hired the Detroit-based firm SmithGroup to design a new wing of the Richmond museum in a $190 million expansion and renovation project announced Tuesday.

The new wing will provide space for African art, photography and 21st-century works, according to the museum. Construction is expected to begin in 2023, with completion scheduled for 2025. This is the museum’s fifth expansion since its 1936 opening and the first since its largest expansion, which ended in 2010 following five years of construction, resulting in the James W. and Frances G. McGlothlin Wing, named for the Southwest Virginia coal magnate and his wife.

According to the VMFA, the new wing will add 100,000 square feet to the current 650,000-square-foot facility, in addition to a new, 40,000-square-foot Collections Center building that will house the museum’s conservation program and art storage. The project also will include renovations to about 45,000 square feet of the current building, including changes to the former library, which will become a photography, prints and drawing study center known as the Frank Raysor Center. There also will be a special events space with dining facilities and room for up to 500 guests, and the existing museum will have updates to its theater and the original entrance facing Arthur Ashe Boulevard.

“We are thrilled to have SmithGroup on board and excited to collaborate with their visionary team on this exciting building project,” VMFA Director and CEO Alex Nyerges said in a statement. “The firm has demonstrated expertise in planning and designing dynamic, engaging museum environments. SmithGroup’s spirit of collaboration; their profound commitment to the same values that guide VMFA — diversity, equity, inclusion and accessibility; their firsthand knowledge of Richmond and Virginia; and their drive for innovation make them an exceptional choice for VMFA’s ambitious expansion and renovation project.”

SmithGroup has 15 offices in the U.S. and China, and it has designed numerous museums, including the National Museum of the American Indian and the National Museum of African American History and Culture in Washington, D.C. The firm also designed the concept for the city of Richmond’s National Slavery Museum at the Lumpkin’s Slave Jail site, a project announced last summer. 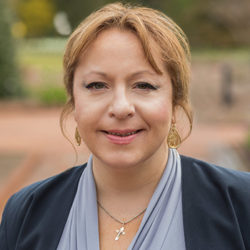 Meaningful Meetings will include referral bonuses