Just as Virginia’s General Assembly is poised to pass legislation putting restrictions on short-term rentals, Airbnb released data Thursday showing that its Virginia’s hosts earned a combined $41.4 million in supplemental income while welcoming about 280,000 guests in 2016.

According to the San Francisco-based company, this business represents a 111 percent uptick in year-over-year growth. Airbnb said the number of Virginia hosts grew 65 percent to 6,800 people in 2016.

This is the final  week of the 2017 General Assembly, and a bill that would give local governments more authority to regulate Airbnb rentals is awaiting final action on the House floor. It would allow localities to adopt ordinances requiring people to register before they could to offer property for short-term rentals. The registries would give local governments information needed to regulate and tax the rentals.

Many communities in Virginia and around the country have been cracking down on Airbnb hosts in response to lobbying from the hospitality industry, which wants a level playing field when it comes to regulation and taxes.

Some localities, including Miami Beach, have enacted penalties if people violate regulations governing short-term rentals. A first-time offense is a $20,000 fine, which increases to $100,000 for a fifth penalty.

In Virginia, Fredericksburg requires a special-use permit, with short-term rentals falling under the same zoning district regulations as bed-and-breakfasts.

Arlington County legalized short-term rentals of 30 days or less in December. Its ordinance requires people offering a room or a house to get a license. Rented units must be owner-occupied for at least six months of the year, and meet state building codes. In addition, Arlington requires the property to have fire and smoke detectors and a fire extinguisher.  It also sets limits on the number of visitors who can stay in a short-term rental, six people per unit, or two per bedroom.


In a news release on its data, Airbnb described home sharing as  “an economic lifeline,” for some hosts, with annual earnings for a typical Virginia host $4,700.

Airbnb also shed light on the demographics of people in Virginia who are renting out their homes for short stays. It said 36 percent of its hosts are over the age of 50, and 60 percent are women.  According to Airbnb, the extra money hosts earn often goes towards paying their mortgages, other bills and supplementing fixed, retirement incomes.

In Virginia, the city attracting the most Airbnb guests in 2016 was Charlottesville, with 35,100 guest arrivals and $4.5 million in host income.

As part of Airbnb’s commitment to work with cities, the hospitality company said it collects and remits hotel, occupancy and tourist taxes on behalf of its hosts and guests in more than 220 cities and communities globally. Since its first agreements were enacted in 2014, Airbnb said it has remitted more than $175 million in tax revenue around the world.

If the 50 largest cities in the U.S. let Airbnb collect and remit taxes on behalf of its hosts, the company said the revenue for local governments would total $2.5 billion during the next 10 years.

Founded in August 2008, Airbnb provides a marketplace for people to list and book accommodations around the world — online or from a mobile phone or tablet. The company said it connects people to travel experiences in more than 34,000 cities and 191 countries. 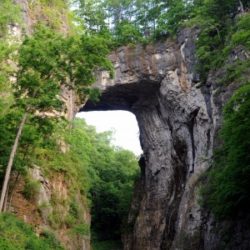