Unemployment in Virginia remains below the national rate indicating a healthy economy.

The national unemployment rate in May remained at 3.6%, also had changed little from a year ago. At 2.1%, Vermont had the nation’s lowest May unemployment rate, while Puerto Rico’s rate was the highest at 8.5%.

“One of the things we've seen over the last couple years is that the Virginia economy has accelerated,” McNab says. “The pickup in the pace of growth is evidenced in the decline in the unemployment rate not only statewide but also across metro areas in Virginia.”

Hampton Roads, Richmond and Charlottesville had May unemployment rates that were below the statewide rate of 3%, he noted.

The commonwealth’s low unemployment rate means Virginia has a tight labor market that is pushing companies to compete for workers. When companies can’t find new employees, they attempt to hire them away from other firms, McNab says.

Terry Rephann, a regional economist at the Weldon Cooper Center for Public Service at the University of Virginia, noted that in May there were about 10,000 more people employed in the education and health services sectors than in May 2018. The increased number could be a consequence of health systems adding staff in response to Medicaid expansion, he speculates. 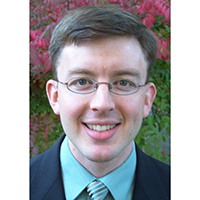 Peter McHenry, associate professor of economics and public policy at the College of William & Mary, says the health of the economy is drawing people into the labor force.


“I think the economy is doing well enough that … a lot of the people we could realistically get into the labor force are in the labor force,” McHenry says. “I think job growth might be slowing down a bit because people who want a job for the most part have a job.”