Collecting and interpreting data has always been important in science, but Tom Woteki is at the start of a process that will teach Virginia Tech students how to make better use of information in scientific fields and possibly receive lucrative job offers.

The Bureau of Labor Statistics predicts a growth rate in the data science field six times higher than general job growth, with a median salary of $92,030.

The difference between normal data collection and data science can be summed up in three words: volume, variety and velocity. “It’s not just numbers,” Woteki says. “There are vast amounts of textual information and there are vast amounts of image data. You’ve got more data than you’ve ever imagined, so how do you leverage it to accomplish your goals? How do you make it an asset?”

The phenomenon goes far beyond campuses and laboratories.

In addition to teaching scientists in other fields how to make better use of data science, the academy plans to offer a plus-one degree — undergraduate training in a scientific field and, after another year of study, a master’s in data science. The degree will have to be reviewed by the State Council of Higher Education for Virginia and preparation will take until the end of the academic year, Woteki says.

The program will give students a chance to work with businesses and government agencies, examining their real-world data challenges while potential employers see students’ work. The academy also plans to launch a distinguished speakers series as soon as this spring, Woteki says.

“One of the external aspirations of the academy is to establish Virginia Tech as a thought leader in this discipline called data science, which hopefully then would attract industry to come to Virginia Tech and say, ‘I’ve got a really hard problem we’re working on. I need an expert,’” Woteki says. “That’s going to be down the road, but that’s the goal.” 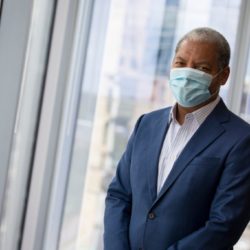