Virginia Tech announced today that it received a record $181.9 million in donations and commitments during fiscal year 2019, an 18% increase from the previous year. It marks the third consecutive year that donations to the university have exceeded $150 million, with $120.3 million of that raised in cash.

The $50 million gift from the Horace G. Fralin Charitable Trust and Heywood and Cynthia Fralin — the largest in the university's history — for the renamed Fralin Biomedical Research Institute accounted for more than 27% of the total raised.

Nearly 36,300 donors — including individuals, corporations and foundations — contributed to Tech during the fiscal year that ended June 30. The university's previous fundraising record was set two years ago, when the university raised $162.3 million.

“Our alumni, friends, faculty, staff, parents, and students have shown how much they value Virginia Tech and are committed to its future,” Virginia Tech President Tim Sands said in a statement. “We are profoundly grateful for their record-setting generosity. With their support, we can change communities, the commonwealth, and the world through research and education. Thank you, Hokie Nation, for your strength and incredibly generous spirit.” 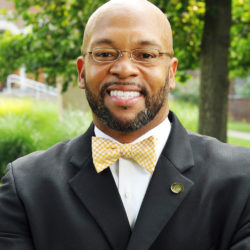