Virginia Tech announced Tuesday it has promoted Tracy Vosburgh to be its inaugural vice president of communications and marketing.

The university is also renaming its University Relations department to Communications and Marketing.

Vosburgh has served as Virginia Tech’s top communications administrator since 2015, when she joined the university as senior associate vice president for university relations. She reported to vice president of advancement, Charlie Phlegar.

In her new role, she will report to Virginia Tech President Tim Sands and to Phlegar. Sands created the role to align and integrate marketing and communications across the university, after an outside firm conducted a campuswide review of communications and marketing that included interviews with more than 200 people.

Sands said in a statement that the review “revealed that our organizational model for communications — with some units reporting into University Relations and some not — can create inconsistencies. Elevating our chief communicator to a vice president, deepening the role as a cabinet-level position providing counsel to leadership, is an important step in aligning communications campuswide with top university priorities.”

Vosburgh will create a five-year communications and marketing plan and will lead a team commissioned by Sands and Phlegar and including senior leaders across campus to implement findings and recommendations of the report. 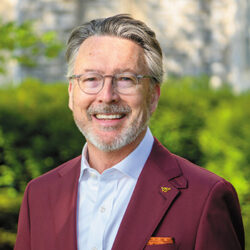 Tim Sands has served since 2014 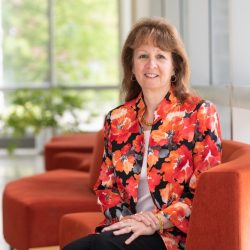