Lance R. Collins, the Joseph Silbert Dean of Engineering at Cornell University, has been selected as the first vice president and executive director of Virginia Tech’s $1 billion Innovation Campus, which is set to open in Alexandria’s North Potomac Yard area in the fall. He will join Virginia Tech as of Aug. 1.

The Innovation Campus is located in close proximity to Amazon.com Inc.’s $2.5 billion HQ2 East Coast headquarters and was a key part of the state’s successful pitch for landing HQ2. The new campus, which is being built on the site of a Regal movie theater, is part of a statewide initiative to create more skilled workers with degrees in tech fields. Focus on tech talent, research and education, the Innovation Campus will serve graduate and postgraduate students. Its academic offerings will include a new master of engineering degree in computer science.

Collins has led Cornell’s college of engineering since 2010 and joined the university as a professor in 2002. He was part of the leadership team at Cornell that bid to partner with New York City to build Cornell Tech, which opened in 2017. While at Cornell, Collins raised $400 million in new gifts and secured $50 million gifts to name the Meinig School of Biomedical Engineering and the Smith School of Chemical and Biomolecular Engineering.

“Lance Collins is a world-class leader with impeccable credentials, a commitment to collaboration and experience scaling up both an undergraduate student talent initiative and a new graduate campus in an urban area,” Sands said in a statement. “He’s the ideal person to build on our momentum and launch a campus in the greater Washington, D.C., area that will expand the pool of tech talent and lead our exploration of the human-computing frontier.”

Collins spent 11 years as an assistant professor, associate professor and professor of chemical engineering at Penn State University before his time at Cornell. He is a fellow of the American Physical Society, the American Association for the Advancement of Science and the American Institute of Chemical Engineers.

He holds a bachelor’s degree and a master’s degree from Princeton University and a Ph.D. from the University of Pennsylvania. All of his degrees are in chemical engineering. Collins will also serve as a professor of mechanical engineering at the Innovation Campus.

The Innovation Campus’s fall 2020 classes will meet in existing Virginia Tech academic space in Northern Virginia. The campus’ first building is scheduled to open in 2024. The entire Innovation Campus will take approximately 10 years to complete and will enroll up to 750 master’s candidates and hundreds of doctoral students and postdoctoral fellows. 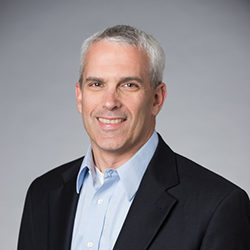