Virginia Tech announced Monday that Lance R. Collins, vice president and executive director of the university’s Innovation Campus, was elected to the National Academy of Engineering for 2021.

The former Joseph Silbert Dean of Engineering at Cornell University was named as head of Tech’s Innovation Campus in February 2020. He had led Cornell’s college of engineering since 2010 and joined the university as a professor in 2002; he was part of the leadership team at Cornell that bid to partner with New York City to build Cornell Tech, which opened in 2017.

He will be inducted in a ceremony on Oct. 3, bringing the organization’s membership to 2,355 people. Leidos Holdings Inc. Chairman and CEO Roger A. Krone will also be inducted in October.

“I am excited, humbled and honored by the opportunity to join leaders at the National Academy of Engineering,” Collins said in a statement. “I share this honor with the mentors, colleagues and students at Cornell who guided me and supported my research and ideas. It infuses me with energy as we move forward to build partnerships and create a new model of graduate education at the Virginia Tech Innovation Campus.”

Collins spent 11 years as an assistant professor, associate professor and professor of chemical engineering at Penn State University before his time at Cornell. He is a fellow of the American Physical Society, the American Association for the Advancement of Science and the American Institute of Chemical Engineers. He has produced more than 100 publications from his research and has supervised 16 Ph.D. students during his career.

He holds a bachelor’s degree and a master’s degree from Princeton University and a Ph.D. from the University of Pennsylvania. All of his degrees are in chemical engineering.

Construction on the Innovation Campus, located in Alexandria in close proximity to Amazon.com Inc.’s $2.5 billion HQ2 East Coast headquarters, will take approximately 10 years to complete. It will enroll up to 750 master’s candidates and hundreds of doctoral students and postdoctoral fellows. 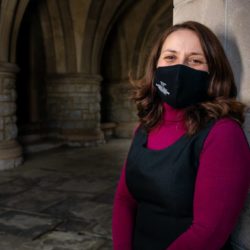 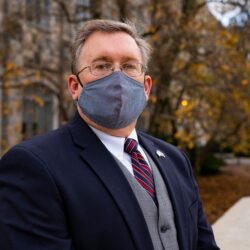