The former deputy executive director of the Virginia State Bar has been promoted to lead the organization responsible for the licensing of more than 50,000 lawyers in the commonwealth.

Rountree joined the VSB from Richmond-based law firm Williams Mullen in March 2019 and served as its interim executive director after Karen A. Gould retired from the role at the end of July. At Williams Mullen, Rountree handled a broad range of civil matters and commercial litigation, as well as white-collar and criminal defense work.

Prior to entering private practice in 2013, Rountree worked for three years as a special assistant U.S. attorney for the Eastern District of Virginia, according to his LinkedIn account. Rountree was also a law clerk for U.S. Magistrate Judge Tommy E. Miller.

Rountree graduated from the University of Virginia in 2002 and spent more than four years serving as a surface warfare officer in the Navy. He received his law degree from William & Mary in 2009 and a master’s degree in national security and strategic studies from the U.S. Naval War College in 2015. 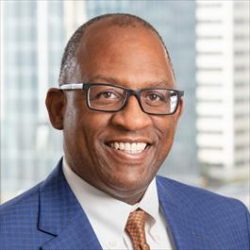