Sports betting expected to pick back up when football returns

Virginians bet $161.9 million in July but won $141.94 million, according to data released Wednesday by the Virginia Lottery.

In June, the state reaped about $234.9 million in gross revenue from sports betting, making July’s revenue a decrease of 31%. The dip in wagering is consistent with what occurred in other areas in the U.S. with sports betting, according to the Virginia Lottery.

PlayVirginia, which tracks the state’s gaming market and is part of the PlayUSA.com network, released an analysis agreeing.

“July brings a relatively light sports schedule and summer vacations that typically make it the slowest month in sports betting,” Eric Ramsey, analyst for the PlayUSA.com network, said in a statement. “Virginia is not immune from a trend that has affected every major market. The momentum should change quickly as football draws nearer and casual bettors return home. The next five months should bring significant growth to Virginia’s fledgling sports betting industry.”

This July had more going on than normal but still not enough to combat the seasonal slump, according to the PlayVirginia analysis.

“The NBA Finals and the Olympics, which featured a stark time difference, didn’t particularly move the needle,” Dann Stupp, lead analyst for PlayVirginia.com, said in a statement. “The Olympics should do modestly better in August, when high-profile team sports like basketball reached the medal rounds. But in the end, there just isn’t enough to attract widespread betting.”

In the fiscal year that ended June 30, the lottery reported a record $3.26 billion in annual sales.

Sports wagers total $1.3B since becoming legal in January 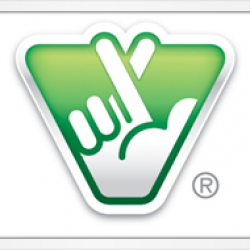