The Virginia Lottery posted record sales of $3.75 billion and a record of almost $779.6 million in profits for fiscal year 2022, the lottery’s board announced Tuesday.

“Solid business practices supported by a broad offering of games to our players and the opportunity for our valuable retail partners to earn commissions and bonuses are what led to this record year,” Virginia Lottery Executive Director Kelly Gee said in a statement. “We had positive impacts in every corner of the state, from players winning record amounts of prizes to retailers benefitting from their ticket sales.”

Online sales steadily rose for the second full year since that revenue avenue was legalized in July 2020. More than 5,300 brick-and-mortar retailers earned a total $138.6 million in commissions and bonuses.

Virginia Lottery players won $2.67 billion, another record. The largest prize was $10 million, which a woman in Haymarket won on an Extreme Millions ticket.

Newer to the Virginia Lottery’s responsibilities are the licensing and regulation of mobile sports betting and casino gaming. Virginia legalized sports betting in January 2021. Since then, the lottery has taken in $5.6 billion in gross sports gaming revenues. The state had 13 licensed active sports betting permit holders at the end of the fiscal year.

On July 8, the first Virginia casino, the Hard Rock Hotel & Casino Bristol, opened in a temporary space. Three other casinos are preparing to open in Portsmouth, Norfolk and Danville.

Caesars Entertainment Inc. announced earlier this month it would up its investment in the Danville casino and resort to $650 million and announced that the Eastern band of Cherokee Indians is a joint venture partner.

In July, HeadWaters Resort & Casino, the Pamunkey Indian Tribe’s $500 million gaming project planned for Norfolk, announced it was abandoning its temporary casino plans at Harbor Park, instead locating the facility on the same property as the permanent casino.

The $300 million Rivers Casino Portsmouth is on track to become the first Virginia casino to open a permanent location in January 2023. Rush Street Gaming, the casino’s owner, plans to hire 1,300 permanent employees.

Sports wagers total $1.3B since becoming legal in January

Online games made up 21% of Va. Lottery income 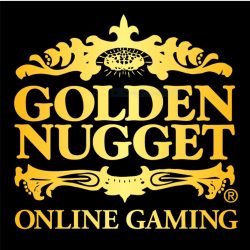 Golden Nugget pulls out of Va. after DraftKings acquisition

Merger will not free up Va. license