The Virginia Council of CEOs, a Richmond-based nonprofit serving small and midsize business owners, has expanded to Roanoke, it announced last week.

The organization has launched its first CEO peer roundtable in the Roanoke market and expects to form a second group shortly. About a year ago, the council announced plans to expand statewide. More than 240 business owners are already part of the group, which has primarily been based in Richmond and Charlottesville. The minimum threshold for membership is $1 million in annual revenue and five or more full-time equivalent employees.

“We are beginning to make great strides towards our mission to connect CEOs for learning and growth across Virginia,” Scot McRoberts, the council’s executive director, said in a statement. “This is an important milestone and I hope a watershed moment for future expansion in Southwest Virginia.”

“We are excited to be able to bring the Virginia Council of CEOs peer roundtable experience to the Roanoke and New River Valleys,” Keith Hartman, the council’s regional executive, added in a statement.  “Participation in a peer roundtable can positively impact the entire spectrum of a CEO’s realm of influence.  The insight gained from the variety of different perspectives represented in a peer roundtable can be game-changing.”

Hartman joined the council in January, and his main responsibility is to assist with the nonprofit’s membership growth within the Southwest region. 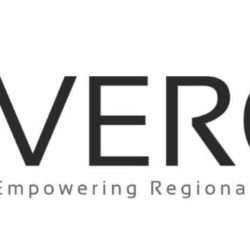