Towne Insurance CFO Boyd Griffin was promoted to executive vice president and will retain his duties as CFO.

Chris Rogerson was appointed as chief operating officer. Rogerson joined the agency in 2017 as vice president and manager of the select business unit.

Jamie Fuqua was promoted to regional president of Hampton Roads. He was previously the chief marketing officer and was in charge of underwriter relationships.

Joe Harrow has been promoted to regional president of Richmond and Williamsburg. He joined Towne Insurance in 2018 following the merger of his previous company, Middle Peninsula Insurance, with Towne Insurance.

“Towne Insurance has experienced significant growth over the past several years as we expanded our insurance footprint outside of Hampton Roads and moved west to Richmond and now throughout the entire state of North Carolina,” Towne Insurance President and CEO Dudley Fulton said in a statement.

Towne Insurance is a wholly-owned subsidiary of TowneBank, which had total assets of $11.95 billion as of Dec. 31, 2019. Towne Insurance employs more than 440 people. 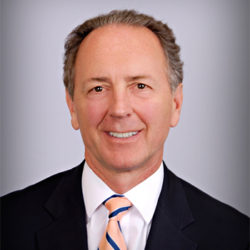