The Virginia Department of Transportation has issued its approval for the Hampton Roads Bridge-Tunnel’s five-year, $3.8 billion expansion to proceed, VDOT announced Thursday.

Hampton Roads Connector Partners (HRCP) received a notice to proceed for the project, allowing the builder to start interstate and tunnel work in the 9.9-mile corridor. Some preparations have started for the largest roadways project in Virginia’s history and one of the biggest nationally, which will add twin two-lane tunnels next to two existing tunnels.

HRCP, a joint venture led by New York-based Dragados USA Inc. and including Vinci Construction, Flatiron Construction Corp., Vinci subsidiary Dodin Campenon Bernard and designers HDR and Mott MacDonald, won the contract for the project, expected to conclude in 2025. It will double the number of lanes in the bridge-tunnel and ease traffic, VDOT says. HRCP received state and federal permits last month to start work in the waterways and along Interstate 64 between Hampton and Norfolk. Geotechnical borings and staging work on the HRBT South Island for a tunnel boring machine (TBM) began this summer.

The TBM, which will excavate the two tunnels, is expected to launch from the island in 2022, according to VDOT. The project also includes widening of several adjoining bridges, starting early next year. Two lanes open to traffic will be maintained in both directions during construction.

With the notice to proceed, the project moves into more detailed design and construction phases, according to HRBT Expansion Project Director Jim Utterback. “Acquiring the permits for a project of this magnitude in 16 months was a remarkable effort,” he added in a statement Thursday.

The Hampton Roads Transportation Accountability Commission oversees funding, which is financed with regional sales- and gas-tax revenue and includes $200 million from the state’s Smart Scale transportation prioritization program. Comprehensive and funding agreements for the project were signed in April 2019. 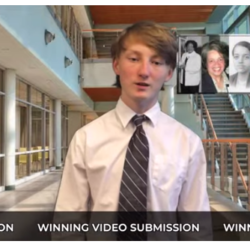 Dewberry to provide QA for $3.8B Hampton Roads Bridge-Tunnel project

HRBT is largest construction project in Va. and VDOT history