The Virginia Commonwealth School of Engineering announced Thursday it has received a $25 million grant from the Bill & Melinda Gates Foundation to build on its efforts to reduce the costs of lifesaving medications.

The grant was announced Thursday at event held at the Virginia Biotechnology Research Park, which was attended by Gov. Terry McAuliffe and VCU President Michael Rao.

The Medicines for All initiative previously received a total of $15 million from the Gates Foundation to test three drugs.

“The concept started with a simple idea to increase access to global health care,” Frank Gupton, chair of the VCU Department of Life Science and Engineering and principal investigator for Medicines for All, said of the program. “We have to use 21st century capabilities to make these drugs and make them affordable to everyone.”

Based on the program’s success, the Gates Foundation approached Gupton about developing a business plan to grow the program.

The $25 million grant will cover research on 13 drugs over five years. Researchers will look at medications that treat HIV/AIDS, malaria, tuberculosis and other diseases that are prevalent around the world. 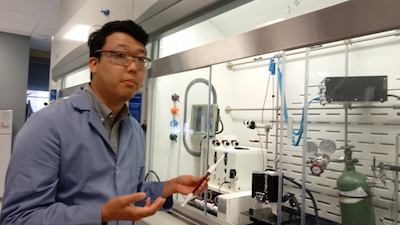 The grant marks the second-largest grant in VCU history and the largest from a private entity. In 2013, VCU received a $62 million grant to oversee a national research consortium of universities, hospitals and clinics to study service members and veterans who suffer mild traumatic brain injuries or concussions.

Gupton said Thursday that four companies, one that already has “a major footprint in Virginia,” and three smaller companies, have approached the institute about co-locating with the institute.

Medicines for All moved to the BioTech Eight building in the Virginia Biotechnology Research Park about a year and a half ago. It currently employs 10 senior researchers. Under the new grant, the program will add another eight to 10 researchers and grow to occupy 30,000 square feet. The team also includes VCU students.

The grant was finalized in May and June. McAuliffe met with the Gates Foundation at a biomedical conference in January to help solidify the new money, Gupton said.