Considered one of the country’s leading Disney experts, she has been a scholar and consultant for documentaries, including the 2015 “American Experience” documentary about Walt Disney and CNN’s “The Movies” last year. She authored “The Urban Scene: Race, Reginald Marsh, and American Art,” which addresses ways race is addressed in American art.

“What Disney has to do is figure out how to make itself matter, how to get in front of audiences in very different ways than it has in the past,” she told the Post. “Because the previous rules — of gathering a lot of people in one place, of just riding safely down the middle of American society — won’t apply for the next 12 months. And maybe a lot longer.”

“Dr. Higginbotham is the right leader at the right time as we navigate this pivotal point in VCU’s history,” Gail Hackett, VCU provost and senior vice president for academic affairs, said in a statement.

Higginbotham is also a peer referee for The Art Bulletin, Art Journal and the Journal of Urban Cultural Studies and has worked with the National Endowment for the Humanities, the Center for Advanced Study in the Visual Arts, the College Art Association and digital journal The Space Between: Literature and Culture, 1914-45. 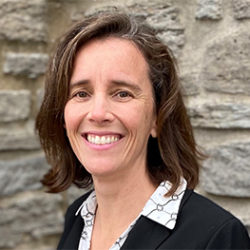 Jennifer Malat is a sociologist and dean from the University of Cincinnati.