“It’s an emergency facing young people,” Kaine said Monday, talking with a small group of youth health advocates during the event at Henrico’s Libbie Mill Library. “The progress that we've made in wiping out youth smoking has been completely turned around because of vaping and e-cigarettes.”

U.S. Surgeon General Jerome Adams declared youth e-cigarette use an epidemic in December, repeatedly citing Juul by name in his advisory statement. The move came a month after the Centers for Disease Control and Prevention and the Food and Drug Administration released a report stating that e-cigarette use among high school students increased 78% from 2017 to 2018.

Kaine, who has previously joined other senators in calling on Juul to take action to limit underage usage of its products, also discussed the bipartisan Tobacco-Free Youth Act legislation he’s co-sponsoring with Senate Majority Leader Mitch McConnell. The act would raise the nationwide minimum age to buy all tobacco products and e-cigarettes from 18 to 21. The proposed law would apply to military members and it wouldn’t preempt state and local laws that are tougher on tobacco-related products. The legislation would also incentivize states to enact their own laws to raise the age limit to 21.

Virginia’s General Assembly passed legislation this session raising the age for buying tobacco products and e-cigarettes to 21 in a law set to go into effect July 1, a move that was supported by Altria. The new state law includes an exemption for members of the military ages 18 to 21. 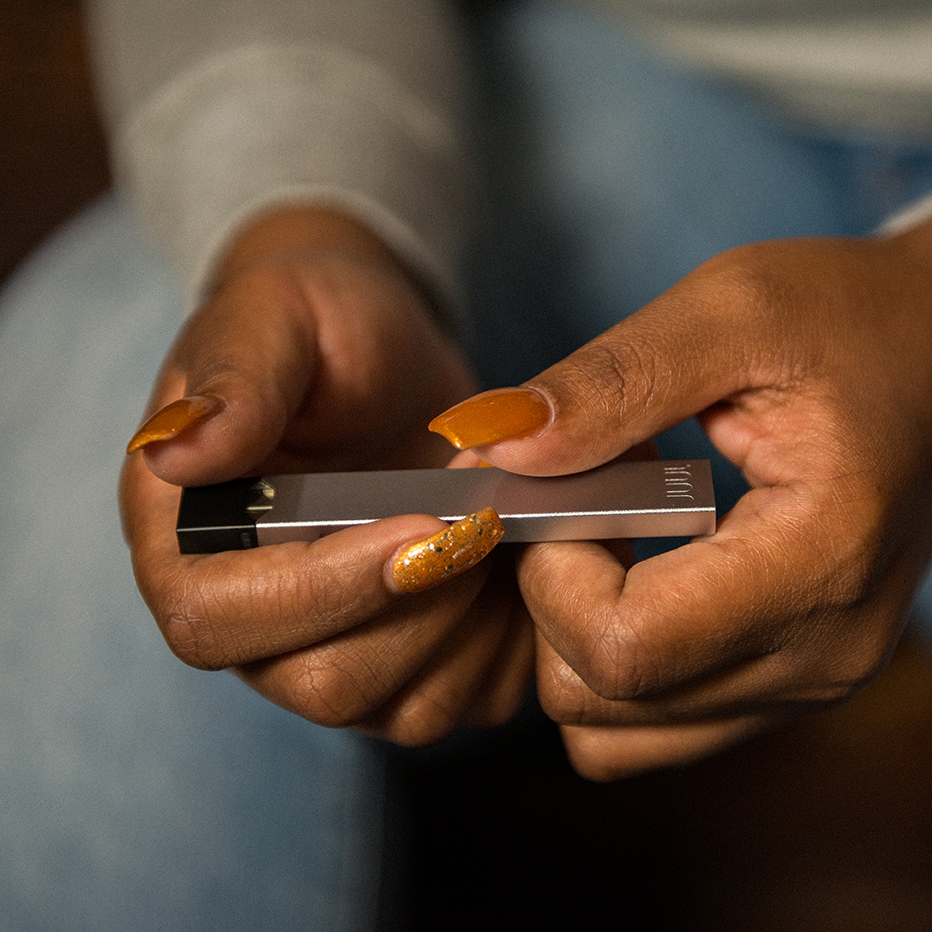 Altria spokesman David Sutton said in a statement that the company welcomes Kaine's leadership on what it called an important issue and strongly supports raising the age restriction to 21 for all tobacco products.

“By raising the minimum age to 21, no high school student will be able to purchase tobacco products legally, adding another hurdle to help reduce social access,” Sutton said.

Both Altria and JUUL emphasized the role e-cigarettes play for adult smokers looking for an alternative to traditional cigarettes. Sutton said new technologies like vaping offer promise as an option to meet that demand.

“The FDA has made clear that the future viability of these products is in jeopardy unless more is done to reverse the underage e-vapor use trend,” Sutton said. “Raising the legal age to 21 is a pivotal step to addressing this issue.”

Altria acquired a 35% stake in JUUL in a December 2018 deal that valued JUUL at $38 billion. Altria stock opened at $48.11 a share on Monday after falling 4.5% a share on Friday. The drop coincided with a Bloomberg report on comments from the former commissioner of the Food and Drug Administration that JUUL may struggle to get its e-cigarette approved under new rules.

“We do not want non-nicotine users to buy JUUL products, and are committed to preventing underage access to our products,” JUUL spokesperson Ted Kwong said in a statement to Virginia Business. “We strongly support raising the national minimum purchasing age for all tobacco and vapor products to 21, and have implemented a comprehensive action plan to combat underage access, appeal, and use of JUUL products.”

JUUL cited steps it has taken in the last year such as restricting flavors and winding down its Facebook and Instagram accounts as ways the company is trying to reduce teen Juul use.