Valedictorian of the creative class?

NoVa banks on its workforce to win Amazon’s headquarters prize

Richard Florida, a best-selling author and urban-studies scholar, teaches in Toronto, one of 20 contenders for Amazon’s $5 billion second headquarters.

But since the competition for Amazon HQ2 began last fall, “I’ve predicted that the D.C. area would be the winner,” says Florida, a former professor at George Mason University. “The reason is that the metro area has one of the highest concentrations of knowledge workers, educated workers, creative workers on the planet. I don’t know if it’s going to go to Northern Virginia, Maryland or D.C. but I clearly think it’s going to head in your direction.”

Florida is widely known for his ideas about the “creative class.” Under that concept, metro areas need to attract large numbers of highly skilled and talented workers to stimulate economic development.

The second Amazon headquarters is expected to create 50,000 jobs during the next 15 to 17 years. Stephen Moret, president and CEO of the Virginia Economic Development Partnership, describes the project as the “economic prize of the century.” The Washington, D.C., metro area is the only one to have three contenders still in the running for HQ2: the District of Columbia, Northern Virginia and Montgomery County, Md. The Washington Post reported that Amazon officials toured the Washington area in early March. 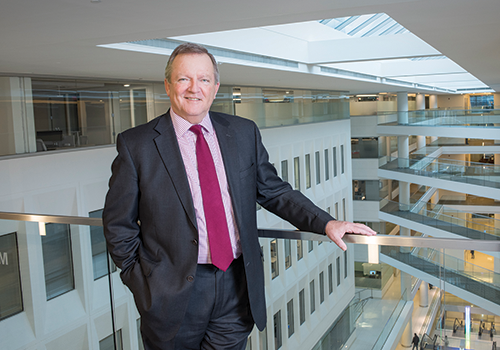 Jim Corcoran, president and CEO of the Northern Virginia Chamber of Commerce, believes Northern Virginia’s workforce talent is crucial to its efforts to beat out the 19 other contenders. “Our area has the most educated workforce in the United States,” he says.

According to The Washington Post, Amazon is considering these Northern Virginia locations for its headquarters:

Virginia has not released information about any possible incentives being offered to Amazon. District of Columbia officials have said they are willing to offer significant tax breaks but have not released any details. Maryland, on the other hand, is promising a $5 billion incentive package in its bid.

The Achilles’ heel
The contrasting approaches of the three Washington-area contenders point to what Florida sees as their Achilles’ heel, a lack of collaboration. “That does not exist, which is reflected in the fact that there are three bids,” Florida says. “The region has to grow up and figure out how to work together.”

That lack of cooperation has contributed to the region’s “gridlock nightmare,” Florida says. “If you have to get anywhere in a car, a metro area starts to break down when you have 5 or 6 million people. You’ve got to grow differently and add density, like London or New York. This is not a place that is going to grow any more based on cars.” 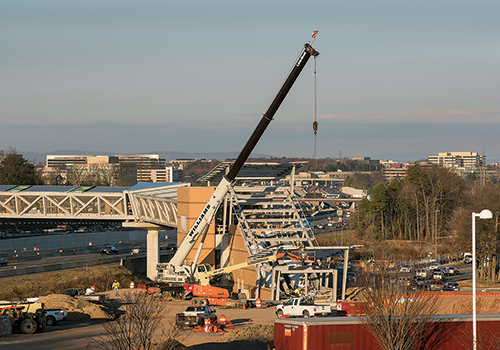 Corcoran, however, argues that Northern Virginia “has great transportation, but not perfect transportation … That’s the result of the dynamic economy because people want to be there and are going places. Traffic is an indication of prosperity.”

Virginia has made significant investments in transportation in Northern Virginia in the past decade and continues to invest, he says, with new HOT lanes and improvements to Interstates 66 and 95 and Routes 7 and 28. “Everything that can be fixed is being fixed or improved.”

The new Silver Line extension of the Metrorail transit system and more regional buses also are signs of the region’s commitment to untangling the area’s transportation system, Corcoran says. “This area doesn’t have to say we will invest in mass transportation for Amazon; we’ve done it.”

But delays, safety concerns and a drop in ridership continue to plague the subway system. The Washington Metropolitan Area Transit Authority says it needs an annual $500 million infusion of capital funding from Virginia, Maryland and the District.  In March, the Virginia General Assembly approved $154 million in new permanent funding for Metro, By late March, Maryland and the District had approved similar funding,

Stewart Schwartz, executive director of the Coalition for Smarter Growth, says three jurisdictions have shown a commitment to making  improvements.

“We are seeing positive movement. We are finding new dedicated funding,” Schwartz says. “They have been talking to each other. Yes, indeed, they are working closely together. I think that has been noted by Amazon” and by other corporations that have chosen to move into the area, such as Nestlé, which recently moved its U.S. headquarters to Rosslyn.

The subway system also remains a key part of the region’s commitment to be bike and pedestrian friendly, Schwartz says, an initiative that makes it attractive to a millennial workforce.

Room to build
Northern Virginia still offers plenty of room to build, for office space and housing, says CoStar Group market analyst Omeed Naderi. He points to Tysons and Reston as two of the most active housing development areas.

Julian Spiker, also a market analyst at CoStar, says there’s also room for Amazon in the Crystal City area. “Crystal City has a lot of older office space. JBG Smith owns a lot of space and has already committed to revitalization whether or not Amazon moves there. It’s a good opportunity. One has what the other needs.”

Plus, the area will have a new Metro stop at Potomac Yard, which is expected to open in 2021.

The extension of the Silver Line Metro along the Dulles corridor, with stations from Reston Town Center to Ashburn expected to open in 2020, is perfectly timed, says Dee Owens, an associate broker with RE/MAX Gateway in Virginia. “Amazon can pull talent from farther out.”

Owens worked in real estate in Seattle during the Amazon boom and calls the experience “wonderful preparation for what I hope is going to come to us.”

One lesson she learned is that Northern Virginia will need investors in rental properties. Some of those 50,000 jobs Amazon is promising will be high paying, Owens says, “but a lot will be jobs for people right out of college, and they’ll want to rent at first.”

Seattle built a satellite campus, she notes, which could be good news for Prince William County. “A satellite would make good business sense. You could pull in people from Gainesville and Haymarket. People will travel up to an hour to a job. If you pay enough they will go.”

If not NoVa?
If Amazon picks Maryland or the District for its headquarters, Northern Virginia still will reap plenty of rewards, Florida says, because “a ton of residents will choose to live in Northern Virginia. There will be benefits without some of the cost. If I were Northern Virginia, I’d be hoping for one of the others and get the spillover benefits.”

Corcoran agrees that Northern Virginia will benefit if one of its neighbors is the winner.

In fact, he sees great possibilities if any one of the three areas takes the prize. Those possibilities include extending the Purple Line light rail from Maryland into Virginia or adding another bridge across the Potomac River.

“That could be the impetus to improved transportation cooperation. Right now, that stops at the river,” he says. “Maybe it would force a conversation and evaluation to improve regional mobility.”