Virginia Tech’s College of Agriculture and Life Sciences announced Tuesday it has partnered with Richmond-based Hardywood Park Craft Brewery to produce the Munich-style Helles lager. Virginia Tech researched developed the craft beer recipe that will be produced and marketed by Hardywood and be available in spring 2021, according to a release from Virginia Tech.

“We are excited that research developed on Virginia Tech soil will be brought to market with proceeds providing scholarships for our students, enabling the expansion of research programs in our highly regarded food science program and fueling Virginia’s local economy,” Dan Sui, Virginia Tech’s vice president for research and innovation, said in a statement.

Hardywood was attracted to the venture due to Virginia Tech’s reputation for food science and mechanical engineering, Hardywood President and co-founder Eric McKay said in a statement. The College of Agriculture and Life Sciences houses Virginia Tech’s brewhouse and malting system, a space for researchers and students to practice.

“Our department is big on hands-on learning,” said Brian Wiersema, the plant manager at the Human and Agricultural Biosciences Building 1, where the brewhouse is located. “We had the company pull out some of the automation, yet the system mimics a craft brewing system.”

Although the hops will be on the shelves before too long, the project was a labor of love starting earlier this year when Virginia Tech was searching for a partner brewery — but really began six years prior, following a trip three Virginia Tech faculty members took to Munich, Germany.

During the trip, the three became enthralled with the Helles blend, a “highly drinkable, clean and balanced beer,” according to Wiersema, and began their own research after they returned to the United States.

“The desire from the beginning was to partner with a premium brewing firm with solid ties within Virginia to produce proprietary recipes that could work hand-in-hand with our faculty to develop and produce the best beer possible,” Brandy Salmon, Virginia Tech associate vice president for innovation and partnerships, said in a statement.

The golden beer with 5% alcohol by volume (ABV) will be available at restaurants, grocery stores and convenience stores in Hardywood’s network of wholesalers across Virginia and Washington, D.C. 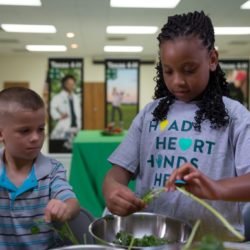