Virginia Tech has launched a research institute focused on national security with presences in Blacksburg and the Washington, D.C., metro area, the university announced Tuesday.

The Virginia Tech National Security Institute aspires to become “the nation’s preeminent academic organization at the nexus of interdisciplinary research, technology, policy and talent development to advance national security,” according to a news release. Tech has long had ties to the Department of Defense, which contributed $50 million in federal funding to the university in fiscal year 2020,

The institute will bring together researchers, programs and resources from across the university and integrate student learning and research on national intelligence, defense, law enforcement, homeland security and cybersecurity, the university said. The Pamplin College of Business, the School of Public and International Affairs, the College of Liberal Arts and Human Sciences, and the Ted and Karyn Hume Center for National Security and Technology will be part of the institute’s programming, as will industry leaders Raytheon, Mitre, Lockheed Martin and Northrop Grumman, which will offer students internships.

Eric Paterson has been named the executive director of the institute. He previously served as the interim director for the Hume Center for more than two years and has led the Kevin T. Crofton Department of Aerospace and Ocean Engineering as department head for 10 years.

The Department of Defense is Virginia Tech’s largest source of federal funding, giving approximately $50 million in fiscal 2020. In January, the DOD awarded Virginia Tech a $1.5 million grant to prepare students for careers in cybersecurity through the Hume Center.

“As chairman of the Senate’s Select Committee on Intelligence, I am pleased that Virginia Tech is strategically organizing and prioritizing its national security research and workforce efforts,” U.S. Sen. Mark Warner said in a statement. “Given the university’s nearly $50 million Department of Defense research portfolio, and its strategic locations in Northern Virginia near key national intelligence agencies and the Pentagon, this purposeful focusing of Virginia Tech’s efforts in national security is welcome news. Virginia Tech’s new National Security Institute will help our nation develop new security-related technological advancements while helping train the future generations of intelligence leaders.”

Stoney Trent, previously the chief of missions for the Department of Defense’s Joint Artificial Intelligence Center and the principal adviser for the Office for Research and Innovation at Virginia Tech, led the effort to start the institute. A group of deans, institute directors and vice presidents reviewed the proposal, and the charter was approved in the spring. 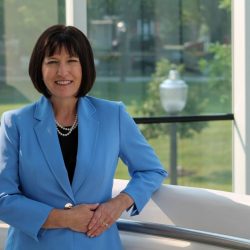 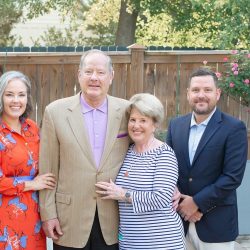