Virginia Tech Innovation Campus Vice President and Executive Director Lance Collins was appointed to the Society for Science Board of Trustees, the university announced Tuesday.

A nonprofit organization that promotes science, expanding scientific literacy and effective STEM education and scientific research, the Society for Science is a promotes the understanding and appreciation of science and the vital role it plays in human advancement.

Collins was appointed on Nov. 18.

“I plan to dedicate my time to increasing access to the society for girls and underrepresented minority students, who historically have not participated in STEM at the levels they could if given the opportunity,” Collins said in a statement.

The former Joseph Silbert Dean of Engineering at Cornell University was named as head of Tech’s Innovation Campus in February 2020. Earlier this year, Collins was elected to the National Academy of Engineering for 2021.

Construction on the Innovation Campus, located in Alexandria in close proximity to Amazon.com Inc.’s $2.5 billion HQ2 East Coast headquarters, will take approximately 10 years to complete. It will enroll up to 750 master’s candidates and hundreds of doctoral students and postdoctoral fellows. The campus’s first academic building in Alexandria will open in 2024 and has set a goal to be the most diverse graduate tech program in the country. 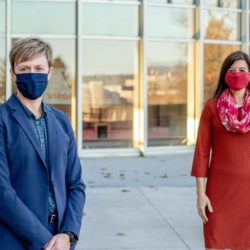 Robin Jones, Dannette Gomez Beane to be based in Alexandria 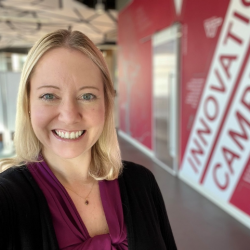 Center of Quantum Architecture and Software Development to be funded