The medical cannabis companies coming to Virginia are joining forces as a new General Assembly session gets underway and debate continues over the state’s approach to marijuana.

The Virginia Medical Cannabis Coalition is applying to become an official trade group that will look to shape state policy and weigh in on proposed laws. The organization’s first members will be the five companies that last year won the highly coveted licenses to become Virginia’s first regulated makers and sellers of medical cannabis oils.

Katie Hellebush of Hellebush Consulting LLC has been brought on as the group’s executive director, and a website for the group is in the works. She says it is too early to say what specific positions Virginia Medical Cannabis Coalition plans to take. Hellebush says the goal of the group is to ensure its members’ products are delivered safely and to provide expertise on the issues.

“There’s a lot of unknowns about medical cannabis,” Hellebush says. “We want to let people know the benefits.”

In addition to having their own trade group, Virginia’s five medical cannabis companies have hired lobbyists.

The coalition isn’t the only organization that’s formed in the wake of Virginia expanding access to medical cannabis oils.

In 2018, CannabisVA was formed by KVCF Solutions, a lobbying firm in Richmond, with the goal of encouraging a business-friendly environment for medical cannabis. The Virginia Cannabis Industry Association formed last year, as well, aiming to support the state’s regulated cannabis industry.

The cannabis market has exploded around the world, and in the U.S. more and more states have begun regulating cannabis products. In Oct., Henrico County-based Altria Group Inc. announced it was investing in a cannabis company in Canada, where medical and recreational cannabis is legal

As Virginia’s medical cannabis market ramps up, lawmakers are eyeing other changes to state marijuana laws. A delegate has proposed legalizing marijuana in Virginia, and Gov. Ralph Northam has called for decriminalizing possession of marijuana. 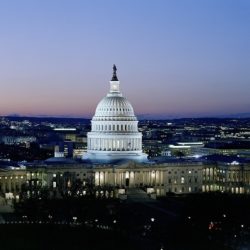 Northam seeks clarity on unemployment rules as shutdown drags on