At least 100K restaurants in the U.S. have closed since pandemic began

Consumer spending in Virginia restaurants remained well below normal levels in August while operational costs rose, according to a COVID-19 restaurant impact survey conducted by the National Restaurant Association. The organization surveyed 3,500 U.S. restaurant operators between Aug. 26 and Sept. 1.

In Virginia, 87% of restaurant operators surveyed responded that their total sales volume in August was lower than it was in August 2019 — and 58% reported that their restaurant’s operational costs are higher than they were prior to the pandemic.

According to a letter from the National Restaurant Association sent to the U.S. congressional leaders on Monday, at least 100,000 restaurants are closed (nearly one-sixth) in the country.

“Three million restaurant employees are without a job, and the industry remains on track to lose $240 billion in sales by the end of the year,” Sean Kennedy, National Restaurant Association executive vice president for public affairs, says in the letter. “Perhaps most alarmingly, 40% of owners surveyed say they are likely to close within six months absent government support.”

In Virginia, restaurant operators say their current staffing levels are only 65% of what they would typically be without COVID-19, according to National Restaurant Association findings — and 58% say it is unlikely they’ll be in business six months from now in the absence of federal government relief packages. Virginia restaurant operators don’t expect their staffing levels to return to normal during the next six months, according to the National Restaurant Association.

While Virginia operators say business conditions in August were worse than July, 58% say that to-go sales represent a higher proportion of their total business than before COVID-19.

“As fall and winter approach, restaurants that are still open will face even greater challenges as customer traffic declines. We simply cannot wait for the perfect solution from Congress — particularly in the final month before you return to your home states. The time for action — in any form — is now,” Kennedy says in the letter.

Richmond supports restaurants with ‘Picnic in a Parklet’ 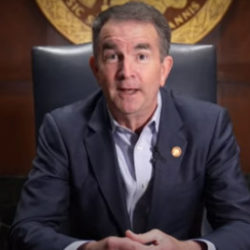