The Federal Retail Pharmacy program in Virginia is now providing COVID-19 vaccination to essential workers and people under age 65 with high-risk medical conditions, the Virginia Department of Health announced Wednesday.

Currently, there are more than 300 pharmacies across the state receiving vaccine doses directly from the federal government, separate from the doses allocated to local health districts weekly. Until now, only people age 65 and older in Virginia were allowed to register and receive shots through the federal program. With Wednesday’s announcement, people in the following industries will be able to get shots by appointment:

Virginia has already begun vaccinating people in essential jobs and people age 16 to 64 with underlying health issues through the state’s health districts after pre-registering at vaccinate.virginia.gov or calling 877-VAX-IN-VA, but Wednesday’s announcement means more opportunities for people in these groups.

For anyone who now qualifies for vaccination at a local pharmacy, VDH advises visiting  VaccineFinder.org to find eligible pharmacy locations, hours, phone numbers and scheduling links where available.

The expansion of the federal program comes as the state has launched three mass vaccination clinics in Danville, Petersburg and Portsmouth this week, offering thousands of shots per day, to be followed next week by a new clinic in Prince William County. A $179 million grant was awarded to the state by the Federal Emergency Management Agency to boost vaccine distribution, with focus on areas that have lower vaccination rates and higher risk factors for COVID-related hospitalization and death. Ultimately, the state expects to have 13 clinics over the next three months, officials say.

On Tuesday, VDH announced that parts of the state — including Danville and the Eastern Shore — will enter phase 1c this week, with the rest following suit within the next three or four weeks. Workers from sectors including energy, higher education, finance, legal and housing and construction are included in that group, as well as water, waste removal, food service, transportation and logistics, information technology and communication, media and public safety, and public health workers not included in earlier vaccination phases.

Vaccines are given only through appointment, VDH officials emphasize, and they advise everyone who has already registered at vaccinate.virginia.gov to check and update your information so call center employees or health district workers can contact you for an appointment.

More information on Virginia’s vaccination rollout, including who qualifies for which group, is available here. As of Wednesday, 2.8 million vaccine doses have been administered throughout the state, and 1.8 million people — 21.6% of Virginia’s population — have received at least one dose, VDH reports.

If approved by FDA, Johnson & Johnson doses could arrive here in days 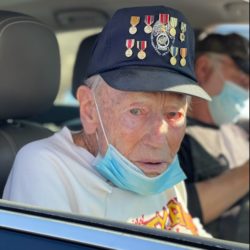