Of 154 long-term care providers who responded to the survey, 86% said their workforce situation worsened in 2022 compared with 2020, an increase of five percentage points from the 2021 survey.

Joe Hoff, president and CEO of Friendship, which has nursing homes, assisted living facilities, adult day care and independent living across two facilities in Roanoke and one in Salem, needs about 50 to 75 more employees to be fully staffed. Friendship currently has about 650 employees, with about 1,000 residents on average.

“There’s just a critical nursing shortage across the country, but I’d say within the past two years, it’s been a bit harder to find staff,” Hoff said. Although some people who retired or left the workforce during the pandemic are coming back, they aren’t returning to the workforce as fast as they left, he added.

Tom Orsini, president and CEO of Lake Taylor Transitional Care Hospital in Norfolk, has roughly 400 employees, about 190 of whom are nurses or nursing assistants. The facility has 104 long-term acute care beds and 192 nursing home beds. Orsini needs about 20 more nurses or CNAs and has been using contract nurses in the meantime.

“It’s just the field of people competing for this resource has grown,” said Orsini. “If you’re a nurse, you don’t have to come out and do hands-on nursing. There’s a lot of other opportunities for nurses,” like working in home health, doctors’ offices or labs.

Eighty-two percent of respondents had a shortage of staff to fill all shifts in the 60 days before the survey, which VHCA-VCAL conducted from Sept. 7 to Sept. 30. In those 60 days, 96% of providers said they had asked staff to work overtime or take extra shifts, up from 92% in 2021.

Lake Taylor Transitional Care Hospital has asked staff to work on their scheduled days off, Orsini said, even if they can’t work a full shift that day.

“Before COVID, it could just be just a couple of weeks,” he said. “We’d simply put advertisements in the normal professional advertising websites, and we would get applicants. It would just seem that there were more applicants out there.”

But now, the process takes about three to four months. Part of the problem, he said, is that health care facilities are competing with service industries that they didn’t previously have to compete with, like fast food restaurants, which can raise their wages quickly and pass prices on to consumers.

“We can’t do that. We deal with third parties — Medicare, Medicaid and commercial insurance — where rates are already set. So we have to wait till we renegotiate contracts or the new rate year starts,” to raise pay, he said.

To address these labor shortages, facilities reported taking a number of steps. Almost all (97%) reported they are working to hire new staff. Ninety percent reported increasing pay, and 83% responded that they are offering bonuses for overtime or double shifts. About 55% reporting using contract staff from staffing agencies.

Friendship has also taken several steps to retain employees, Hoff said, including allowing flexible scheduling. The company also provided a “retention appreciation bonus,” giving each employee an extra $150 each paycheck for five pay periods, which cost the company around $350,000 total.

Both Hoff and Orsini reported using contract nurses from staffing agencies while searching for direct hires to fill their vacancies.

“Our goal is to have our own staff, but we’re having to backfill with contract nurses. The care is not as stable as we’d like,” Orsini said.

Both care companies are also working to develop workforce pipelines.

Lake Taylor serves as a clinical site for nursing programs from nearby schools like ECPI University, so students come to the center in rotations.

“Now that they’ve worked here, and if they like it and they feel comfortable, they’ll come back and apply to work here. They kind of test-drive us a little bit. We test-drive them,” Orsini said.

Usually, about eight to 10 students are in a class, and Lake Taylor will generally hire about four or five from a class, he said.

Friendship also serves as a clinical site for nearby schools like Virginia Western Community College and Radford University. The facilities can host cohorts of about 10 to 15 students at once, and Friendship generally hires one or two students from those cohorts, Hoff said.

Friendship now trains certified nursing assistants in on-site classes of 10 and pays them while they’re in training. Previously, CNAs had to complete training before receiving pay, Hoff said. If Friendship has more than 10 trainees at a time, the company will place the remaining students in an outside training program.

Lake Taylor runs classes for noncertified nursing assistants, teaching them how to feed patients in an eight-hour course, Orsini said.

Because of staffing challenges over the six months prior to the survey’s administration, 42% of respondents limited their number of residents to an amount below full capacity, up from 37% in 2021. Thirty-eight percent reported placing a hold on new admissions (up from 29% in 2021), and 34% reported turning away hospital admissions (up from 26% in 2021).

Lake Taylor sometimes had to slow admissions to or close one of its wings during COVID-19.

Now, “we’re not fully admitting [patients] to all the beds yet,” Orsini said. “We’re taking our time. We’re making sure we’re able to take care of the patients we have and make sure the staff is there as well.”

Friendship has not had to limit admissions, Hoff said, because the company has supplemented nursing staff with agencies, though he hopes to attract and retain enough employees to stop using agencies.

VHCA-VCAL represents more than 350 nursing homes and long-term care facilities in the commonwealth. Its members operate more than 97% of Virginia’s Medicaid nursing facility beds, and six in 10 nursing facility residents rely on Medicaid for their care, according to a news release.

The association is seeking aid from the state: “Virginia’s nursing homes are doing everything they can to keep their employees, who are the backbone of long-term care,” VHCA-VCAL President and CEO Keith Hare said in a statement. “Now, we’re calling upon Virginia policymakers and members of the General Assembly to make meaningful investments, which will help address key staffing challenges and get seniors access to the 24/7 care they need.” 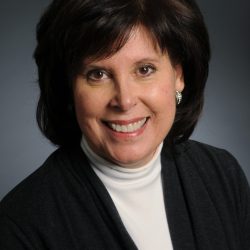 Goal is to address the shortage of health care workers 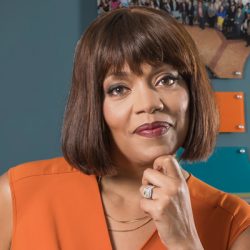 ARDX to invest $2.4M to relocate, expand in Norfolk 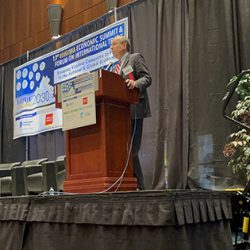