The Virginia Lottery Board has issued its first license for a casino in Virginia to Hard Rock Bristol, the board announced Wednesday.

With its permanent casino still on track to open at the former Bristol Mall in July 2024, Hard Rock International Inc. is preparing to open a 30,000-square-foot temporary casino with 870 gaming slots and 21 tables on July 8.

“Since enacted by the 2020 General Assembly, the board’s priority for casino gaming in the commonwealth is that it be conducted with integrity and in a responsible manner,” said Board Chairman Ferhan Hamid in a statement. “Today’s approval reflects the confidence we have in the rigorous and conscientious review conducted by Virginia Lottery staff.”

The 90,000-square-foot permanent facility will include a 3,200-seat performance venue and a 20,000-person capacity outdoor entertainment venue.

Three other casinos are also in the process of opening in Norfolk, Portsmouth and Danville. Richmond voters initially voted down a casino referendum on the November 2021 ballot but may get to vote again in the future.

Developers of the $500 million HeadWaters Resort & Casino on the Elizabeth River in Norfolk are asking the City Council for permission to build a temporary casino, which would operate at Harbor Park, where Norfolk’s minor league baseball team plays. It would be in the space where there is currently a boxing center on the first floor and a restaurant on the second floor and would be about 31, 572 square feet. The Norfolk Planning Commission will review the proposal at a public hearing Thursday. A permanent casino is planned for next door.

“The Virginia Lottery has worked diligently for two years to build the appropriate regulatory structure for casino gaming,” said Acting Executive Director Kelly T. Gee. “I am proud of the tireless work by our Gaming Compliance Department and our legal counsel for conducting the necessary investigative work to assist the board in its decision. There are still many steps to the finish line, but there is no doubt that this is an exciting time.”

Hard Rock has hired about 100 employees so far, with the bulk of them due to start within 30 to 45 days of the opening of the temporary casino, a spokesperson said in early April. In February, the casino named Allie Evangelista its president.

“We are excited by the Virginia Lottery Board’s action today granting a license to open Virginia’s first casino in Bristol subject to the completion of outstanding operational activities,” said Jon Lucas, chief operating officer of Hard Rock International, in a statement. “We appreciate the Virginia Lottery’s assistance and diligence in working closely with our team over many months to reach today’s important milestone for Bristol, Southwest Virginia and the commonwealth.” 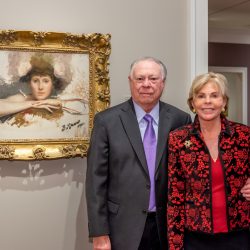 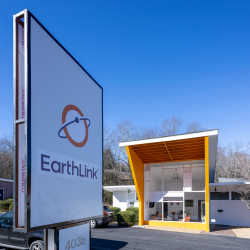