The Virginia Catalyst, also known as the Virginia Biosciences Health Research Corp., has awarded $1.9 million in grants to three life and bioscience projects, it announced Thursday.

Partner companies will meet the grants with matching funds.

“We are excited to continue our mission of supporting collaborations and fostering economic growth in Virginia’s life sciences, enabling the commonwealth to compete on a national and global scale,” Virginia Catalyst President and CEO Mike Grisham said in a statement.

“The AgroSpheres research team led by Ameer Shakeel will continue working collaboratively with [Mark] Kester of UVA and [Sherif] Sherif of Virginia Tech to field test a broad-spectrum fungicide that is better for the environment. We are excited to recruit [Toktam] Taghavi of Virginia State University, one of the top HBCUs in the country, to evaluate the post-harvest control of our biofungicide,” co-founder and CEO of AgroSpheres Payam Pourtaheri said in a statement.

“We’d like to thank the Catalyst staff and our partners at VCU, U.Va. and the VA for their support and involvement,” Icarus Medical Innovations founder and CEO Dave Johnson said in a statement. “We’d also like to recognize our talented and brilliant team of engineers, fabricators, salespeople and support staff, who are inventing solutions to the most complex problems every day, as well as our stakeholders. Icarus is advancing the state of knee brace technology by combining rapid 3D-scanning from a phone, design automation and rapid 3D-printing.”

Virginia Catalyst gave Richmond-based Tympanogen Inc. $737,369 for its pilot study to evaluate a nonsurgical get patch for human eardrum repair. Its university collaborators are Eastern Virginia Medical School and VCU.

“We are honored to have Virginia Catalyst’s continued support for a technology that will transform patient care. With our grant partners, EVMS and VCU, we look forward to kicking off our first-inhuman study with the Perf-Fix Otologic Gel Patch for nonsurgical eardrum repair,” Tympanogen co-founder and CEO Elaine Horn-Ranney said in a statement.

This is Virginia Catalyst’s 12th funding round. It has awarded 49 grants totaling $24 million, resulting in more than $44 million in matching funds and an additional $250 million in follow-on funding. 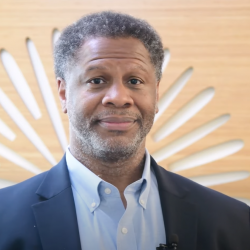 About 10% of the system's workforce is affected