About 400 acres of underutilized land at Naval Air Station Oceana in Virginia Beach could be leased for private development, according to a new agreement between the Navy and the city of Virginia Beach.

The agreement was signed Thursday.

The concept, known as Future Base Design, would mean that the land would be leased to private businesses in exchange for in-kind consideration that could provide building maintenance and other infrastructure projects on the installation, according to a news release from the Navy. The other goal is to reduce costs for the Navy.

Additionally, it creates economic and private business development opportunities to integrate public and private services currently provided by and accessible to only Department of Defense affiliated personnel, such as housing, dining, retail and recreation, according to the release.

The land is attractive because of its location adjacent to Interstate 64, the Oceanfront neighborhood and the Port of Virginia.

“We’ve got to bring in those new businesses and companies,” Virginia Beach Mayor Buddy Dyer said in a statement. “We’re running out of space [in Virginia Beach] in terms of land for development, but that just gives us a plethora of opportunities that we can take forward.”

The flight line and other essential military activities would remain secure behind the installation’s fence line and would not be opened to the public.

The Navy would retain ownership of the land, but the city would find businesses compatible with the base’s mission. It is home to all East Coast strike-fighter units. 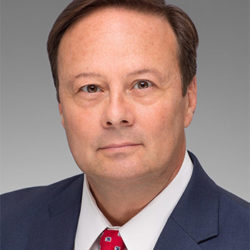 Marshall most recently was with Newmark Knight Frank.

One is near Virginia Beach Oceanfront and one is less than 3 miles from Town Center.