The Virginia Beach apartment complex where music superstar Pharrell Williams lived until he was 7 has been sold for $24.5 million to Fairstead, a New York-based real estate company focused on sustainable development and affordable housing.

The company announced Thursday that it plans a $15 million overhaul of the Atlantis Apartments in Virginia Beach’s Seatack neighborhood. The 12-acre complex’s 19 two-story buildings with 208 units house 600 residents. Fairstead plans to renovate the apartment complex and its common areas over the next 18 months, including adding a community garden, fitness center and computer room. The seller was CP Atlantic LP.

Grammy-winning superstar Williams has stayed connected to his hometown through various projects, including Atlantic Park, a $325 million surf park, apartments, retail offices and an entertainment venue that Williams is co-developing on 10 acres in Virginia Beach near the Oceanfront.

The city and Fairstead plan to hold Atlantis Community Day on Aug. 7, featuring a job and health fair, as well as music and games. 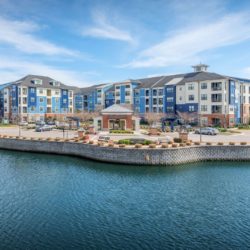 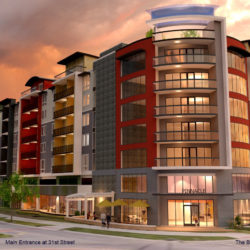