Employees at the Virginia Alcohol Beverage Control Authority’s Mechanicsville headquarters will be returning to in-person work three days a week, not the four or five days a week that will be required of many state workers beginning July 5, following Gov. Glenn Youngkin’s telework order earlier this month.

Virginia ABC CEO Travis Hill sent an email to ABC employees Thursday, noting that the plan to work in person at the authority’s new Hanover County office three days a week, with two days working remotely, is “the final part of our return to office strategy, originally announced in August 2021 and reaffirmed last December. This approach was based on survey feedback from employees and our long-term operational needs and completes a six-month effort on returning to the office.”

Hill, who was appointed by former Gov. Ralph Northam to lead the ABC in 2018, notes that as an authority instead of a state agency, the ABC has “greater latitude in how we manage our telework and hybrid work status.” The memo also says that the authority will use a new telework agreement form distributed by Youngkin’s office, and that all applications will be due June 15.

“All employees choosing to work a portion of the week remotely will need to complete the agreement and submit to human resources,” Hill wrote.

Currently, most of ABC’s roughly 500 administrative staff members are working two days a week in the office and three days remotely. The authority employs about 5,000 part-time and full-time employees, some of whom can’t telework due to the nature of their jobs, such as staffing retail ABC stores. In January, the authority changed its daily opening hours to noon in part due to retail workers being affected by COVID-19, which created a staffing shortage. In fiscal year 2021, Virginia ABC brought in a record $1.4 billion in gross revenue, including $237.3 million in profits from retail sales.

Youngkin’s mandate requires state workers who have been working from home since March 2020 to return to the office in person starting July 5, and it renders all prior telework agreements null and void, even for employees who live outside the immediate region of their workplaces and were hired with the understanding that they could work remotely. Agency heads can approve one telework day a week, while a cabinet secretary must approve two days a week. Anything above that will require the approval of Youngkin’s chief of staff, Jeff Goettman.

In a memo released May 5, during Virginia’s Public Service Week, Goettman announced the order and said that the governor’s office’s goal is “completion of all telework agreements by June 3.”

Some state employees and Democratic legislators have denounced Youngkin’s telework policy, saying that it will cause some workers to leave their jobs for more flexible opportunities in the private sector, and that the new policy is more restrictive than pre-pandemic standards.

Some state employees — including those who are among faculty and professional staff at state universities — are not subject to the policy, and it doesn’t apply to legislative or judicial agencies. 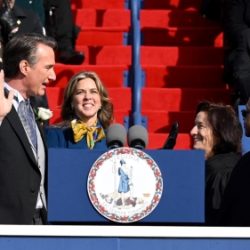 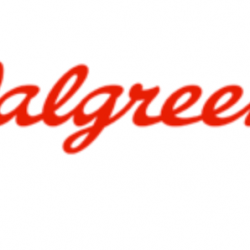