Vida Williams is first to hold the position

Williams will guide the state ABC’s digital and web operations, communications and education with prevention teams, and support e-commerce initiatives. She started at the end of July.

“Virginia ABC is committed to its growth as an unparalleled retailer, wholesaler and regulator of the sale of distilled spirits,” Virginia ABC CEO Travis Hill said in a statement. “Innovative transformation of its digital footprint will be pivotal to implementing changes that have long-term positive impacts on our customers and communities. As the authority continues to look for ways to better serve its customers, ABC’s investments in e-commerce and community engagement will benefit greatly from Vida’s experience in transformative projects.”

Before joining Virginia ABC, Williams served as chief diversity officer and chief data officer for Richmond-based SingleStone Consulting. She earned the title “innovator in residence” while serving as an adjunct professor at Virginia Commonwealth University’s da Vinci Center for Innovation. She has also been managing partner at The Axis Partners Inc. and vice president of project management at Health Diagnostics Laboratory Inc. She graduated from Duke University.

In the past five years, Virginia ABC has contributed more than $2.6 billion to the general fund. It operates 395 stores across the commonwealth. Last year, the agency moved its headquarters and distribution center to Hanover County. 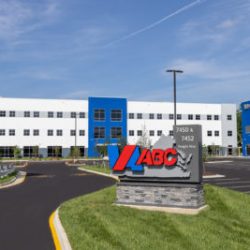