He will start his five-year appointment Jan. 1, 2021. Rob Blandford, the current president and CIO, will serve as CEO of the company until June 30, 2022 to facilitate the transition, according to a news release. Blandford, a Richmond alum, has served as CIO since 2012 and has worked at the university since 1999.

McLean, who served on UR’s Board of Trustees and its finance committee, as well as chair of the Spider Management board for the past two years, is currently vice president and CIO of Northwestern University’s $11 billion endowment, a position he’s held since 2002. He has also held executive positions at the Duke Endowment and the John D. and Catherine T. MacArthur Foundation.

A graduate of Davidson College and the University of North Carolina, where he received his MBA, McLean is a chartered financial analyst and has three children, two of whom graduated from UR.

“As a long-standing member of our board of trustees and the parent of two Richmond graduates, Will believes strongly in the wise stewardship of the resources that have been entrusted to us,” UR President Ronald A. Crutcher said in a statement Tuesday. “He also is committed to Spider’s long-term investment strategy, our talented team and our institutional mission.” 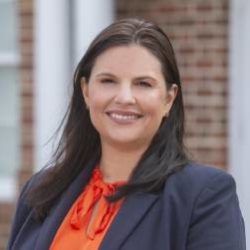 University of Richmond president to step down

Ronald A. Crutcher plans to leave presidency by July 2022

RPS grads will receive grants to pay for undergrad costs