United Way Worldwide has hired Angela F. Williams to be its next president and CEO, the global nonprofit announced Thursday.

She will be the first woman and the first African American to lead the Alexandria-based organization. Currently the president and CEO of Easterseals, Williams will take the top post at United Way Worldwide on Oct. 15.

Williams comes to United Way Worldwide following a time of tumult for the organization’s leadership. In March, longtime leader Brian Gallagher resigned abruptly amid a third-party law firm’s examination into how United Way leadership had investigated internal claims of sexual harassment and discrimination.

Williams will replace Neeraj Mehta, who has served as the organization’s interim president.

“United Way Worldwide is at a critical juncture as we look to transform our 135-year-old organization to continue driving strong and equitable community impact into the future,” Dr. Juliette M. Tuakli, the United Way Worldwide board of trustees chair, said in a statement. “We wanted a leader who could mobilize our United Way Network, our supporters and United Way Worldwide around a clear vision grounded in the imperative to create greater impact, equity and growth in communities. Angela’s background and experience make her uniquely suited to create and drive this vision.”

United Way Worldwide’ mission supports health, education and financial stability initiatives. The world’s largest privately funded nonprofit by donations received, it supports a network of 1,800 autonomous nonprofit United Way chapters across the globe, about 1,400 of which are in the United States. With 2.5 million volunteers and 45,000 corporate partners, the United Way has a presence in 95% of U.S. communities and 40 countries and territories globally.

Williams brings more than 30 years of management experience to her new role, including 11 years as executive vice president and general counsel and chief administration officer at YMCA of the USA. She was also the interfaith liaison for the Bush-Clinton Katrina Fund, for which she helped assess the effects on and manage financial support for houses of worship in areas impacted by the devastating 2005 hurricane.

After earning her law degree, Williams served six years as an active-duty member of the U.S. Air Force Judge Advocate General’s Corps and during Operation Desert Storm. She went on to serve on the late U.S. Sen. Edward M. Kennedy’s Senate Judiciary Committee staff as special counsel on criminal law. Williams also worked on the U.S. Department of Justice Civil Rights Division’s National Church Arson Task Force and was an assistant United States attorney for the Middle District of Florida.

“I am absolutely honored to join the world’s leading charity at a key moment in the organization’s history and world events,” said Williams, who made Forbes’ 2021 list of Women 50 Over 50 Creating Social Change at Scale. “Around the world, issues of health, education and economic sustainability are at the forefront of ensuring equality and access to a good quality of life. I recognize and appreciate the tremendous role that United Way Worldwide plays in supporting individuals and families and transforming communities.”

Williams is from Anderson, South Carolina, and earned her bachelor’s degree in American government from the University of Virginia, a law degree from the University of Texas School of Law and a master of divinity from the Samuel DeWitt Proctor School of Theology at Virginia Union University. She is also an ordained minister and volunteer pastor with her husband, the Rev. Roderick Williams. 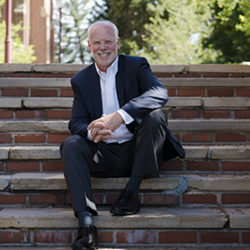 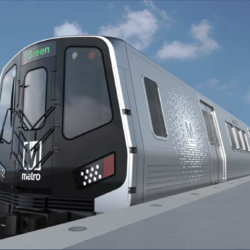